The program explains how children with CGD look healthy at birth but develop excessive, prolonged, or unusual infections within the first few months of life. CGD is more common in boys than girls and is diagnosed in about 1 out of every 200,000 to 250,000 people.

A genetic disorder, CGD is unpredictable in how it affects families. For example, the program spotlights three brothers, only two of whom have CGD. Of the two diagnosed with CGD, one has more severe health problems than the other.

People with CGD lack an enzyme in white blood cells responsible for killing certain bacteria and fungi, making them vulnerable to infections most people can overcome. CGD leads to infections in the liver, lungs, skin, and lymph nodes, and severe pneumonia is one of the leading causes of death in children with CGD. Another result of CGD is that nodules, or granulomas, develop from inflammation at the site of infection.

Treatments include antibiotics, antifungals, and interferon-gamma, an immune modifying protein used as a therapeutic agent.

“It’s impossible to prevent every infection but we know what the usual suspects are, and we can often prevent them,” said Dr. Ben Katz, an infectious disease specialist at the Ann and Robert H. Lurie Children’s Hospital of Chicago.

The program points to gene therapy as a promising new treatment for CGD. Still in clinical trials, gene therapy transfers a normal copy of the gene affected by CGD into the patient’s own blood-forming stem cells. The goal is for the gene-modified stem cells to produce functional white blood cells that can clear infections.

Meanwhile, an accepted long-term treatment for CGD is bone marrow transplant (BMT). In BMT, a person with CGD receives a functioning immune system by replacing their nonfunctional  cells with working cells from a donor. These donor cells reproduce and provide a healthy immune system, though there still can be some susceptibility to infection.

New treatments and state-of-the-art medical therapies now allow persons with CGD to live longer, healthier lives, according to the program.

“We’re pretty close to being able to guarantee these children at least a fairly normal life for at least four or five decades, if not more,” said Katz. 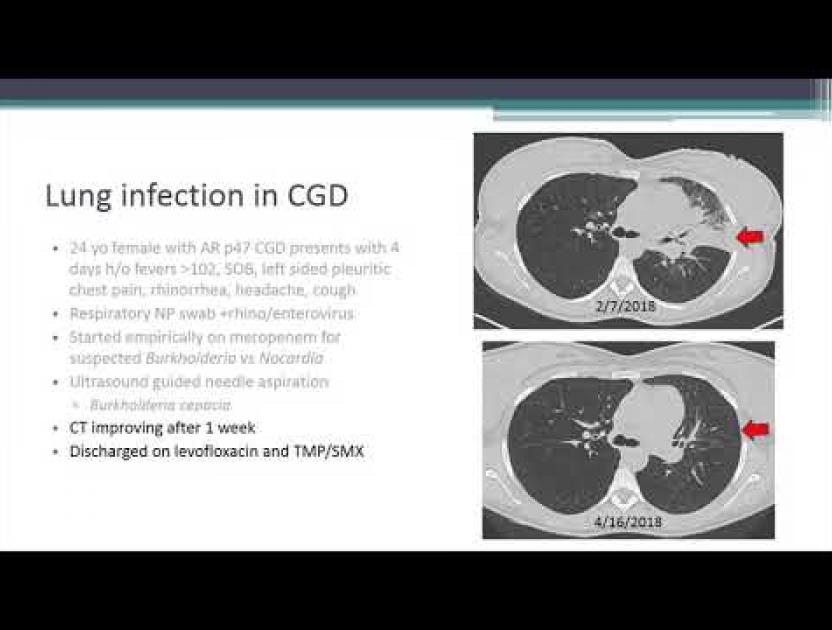