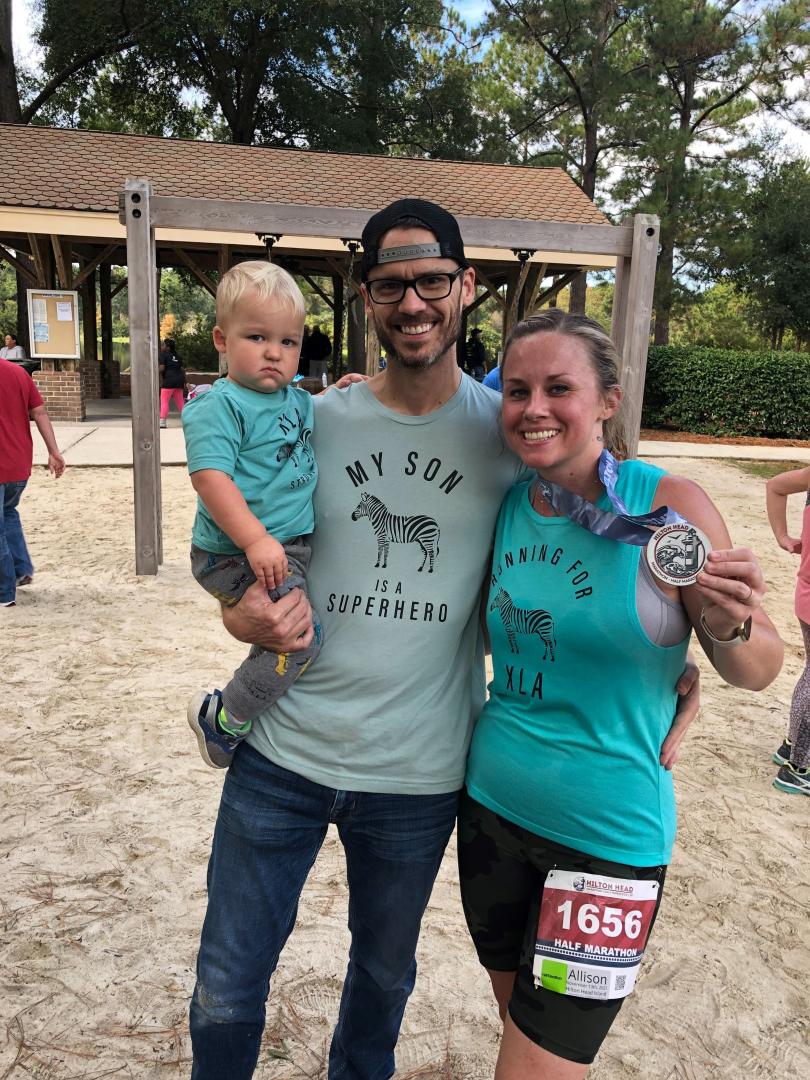 To raise funds for the Immune Deficiency Foundation, Allison Lanier signed up for IDF’s Virtual Walk for PI Coast to Coast and ran a half marathon – 13.1 miles – in a November 2021 race to fulfill her commitment to the fundraiser. She collected donations totaling $3,180, including a co-worker’s contribution of $500 raised through babysitting and selling handmade items, and given to Allison as a Secret Santa gift.

Not only did Allison exceed her fundraising goal of $3,000, but she also accomplished an objective just as important to her – bringing attention to primary immunodeficiency (PI) for her 2-year-old son Sebastian Lanier, diagnosed with X-linked agammaglobulinemia, or XLA.

“When my son received an XLA diagnosis, I felt a sense of responsibility because this is a genetic deficiency. I was unaware that I was a carrier and I know I’m not to blame, by any means. However, that sense of guilt and the need to want to do something more to help families like ours is what drove me to fundraise,” said Allison.”I knew I wanted to make an impact and spread awareness, and this was a great way to do that.” 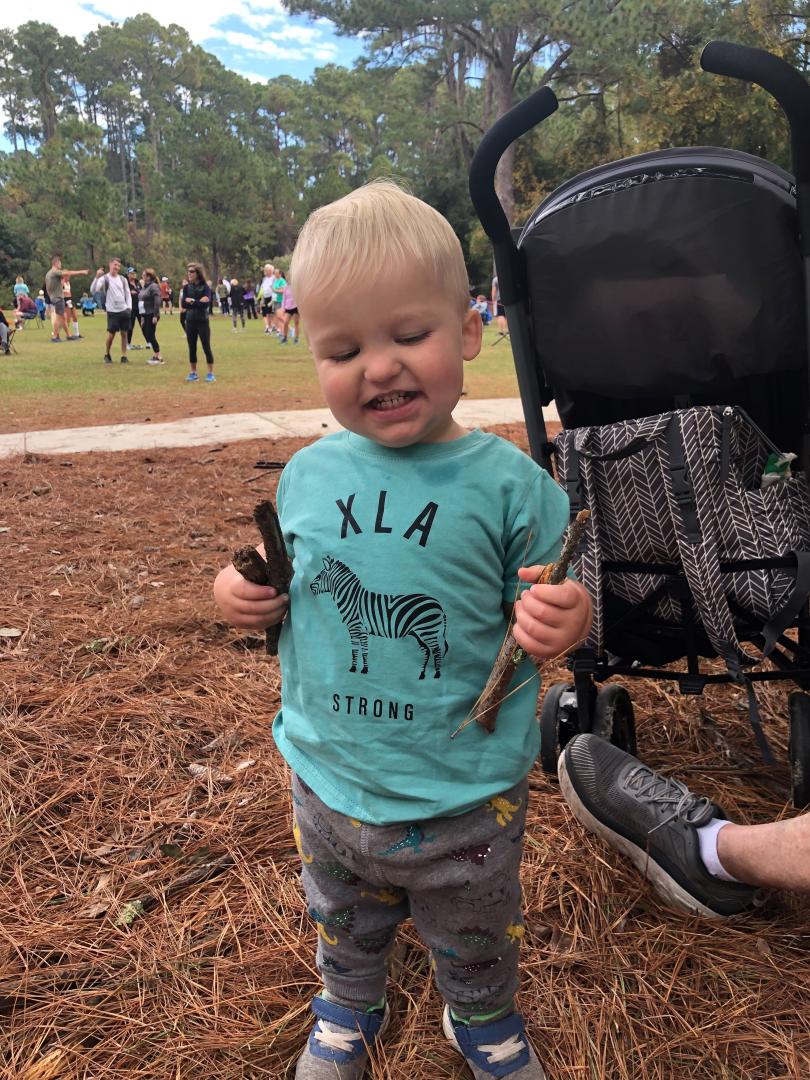 Born on April 30, 2020, Sebastian exhibited symptoms of XLA throughout infancy, said his mom.

“He spent most of his first year with constant ear infections, sinus infections, respiratory infections, and other random illnesses that did not make sense,” said Allison.

At 16 months old, Sebastian developed a respiratory infection that didn’t respond to oral antibiotics and resulted in a complicated form of pneumonia. Doctors hospitalized Sebastian and administered intravenous antibiotics, which didn’t control the infection. Taking a more invasive approach, doctors drained the fluid from Sebastian’s chest with a tube and then delivered medication straight to the source of infection.

Infectious disease specialists explored the cause of Sebastian’s illness and measured his immunoglobulin G (IgG), or antibody, levels, leading to the XLA diagnosis. Sebastian is one of the youngest persons in his hometown of Greenville, South Carolina with a PI, and in addition to his pediatrician, he is cared for by an immunologist at the Medical University of South Carolina.

“Sebastian was immediately started on weekly subcutaneous immunoglobulin treatments and has been a pretty healthy kid since,” said his mom.

“She encouraged us to go straight to the source and not rely on sources like Google,” said Allison. “IDF provided us with the most up-to-date information, and we knew it was a valid source we could rely on.”

There are currently no videos.