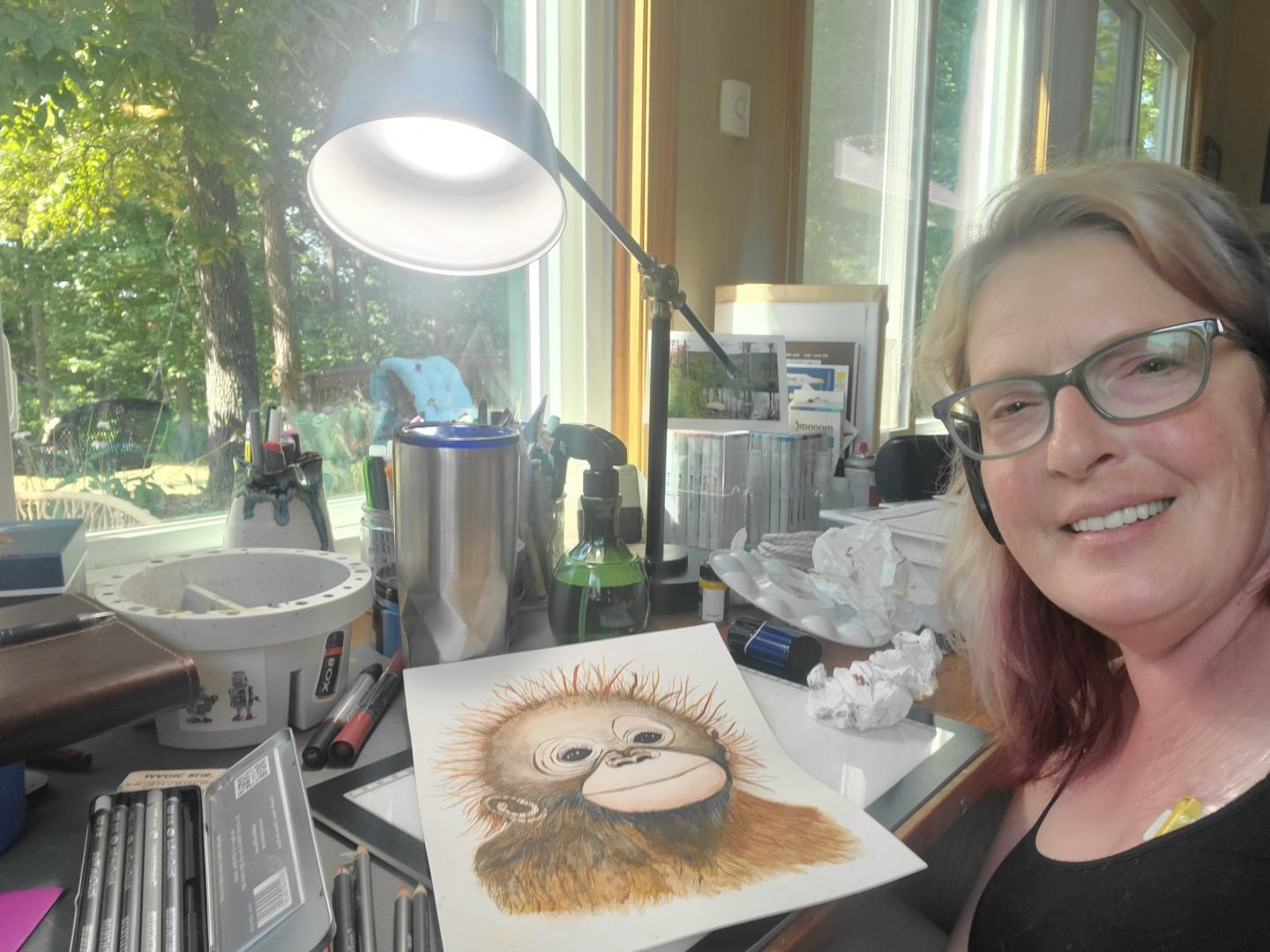 Tara Tisch is a natural artist who also happens to be living with Common Variable Immune Deficiency (CVID). Throughout Tara’s life and diagnosis, she turned to art as a form of therapy.

Tara’s primary medium of art that she thoroughly enjoys is hammered and flamed copper. However, she became unable to pick up a hammer to complete this type of artwork after a port became mobile in her chest, causing her to pick up a pencil to draw, something she had not done in 20 years.

After hours spent in her studio, she completed her first drawing of a starling. Friends on social media immediately cheered on Tara and sent her ideas for new projects. “I never imagined people from around the globe would want my prints,” says Tara, after several people began approaching her about purchasing her art.

This was when Tara realized she could make a real difference. Tara reached out to the Immune Deficiency Foundation (IDF) in January 2021 to see if she could partner with IDF to help make a difference for those in the primary immunodeficiency (PI) community. During that interaction, she learned about Do It Yourself (DIY) Fundraising, an IDF program that allows anyone to host personalized fundraisers.

Tara immediately created a DIY campaign for her and her artwork. As she completes new projects, she uploads them to her campaign page and will mail the finished artwork to individuals and families who donate a certain amount for the piece.

Tara has sold over 23 prints and 7 originals in the past year and has raised more than $1,100 for IDF.

When asked why Tara decided to support IDF over many other great organizations, she responded, “IDF saved my life. I was very sick when I was newly diagnosed with CVID. My husband and I got so much support and advice, and my doctors were able to ask questions and learn about the disease. We worked together to get me on the right track. I don't know what we would have done without the early support of the IDF, the volunteers, and other members.”

Are you inspired by Tara and want to start your own DIY Fundraiser? You can! Take it from Tara, “Everyone has a talent or skill. So. Go for it. What do you have to lose by participating in a DIY?” Learn more here.

There are currently no videos.