Learn the Basics of PI

Learn the Basics of PI 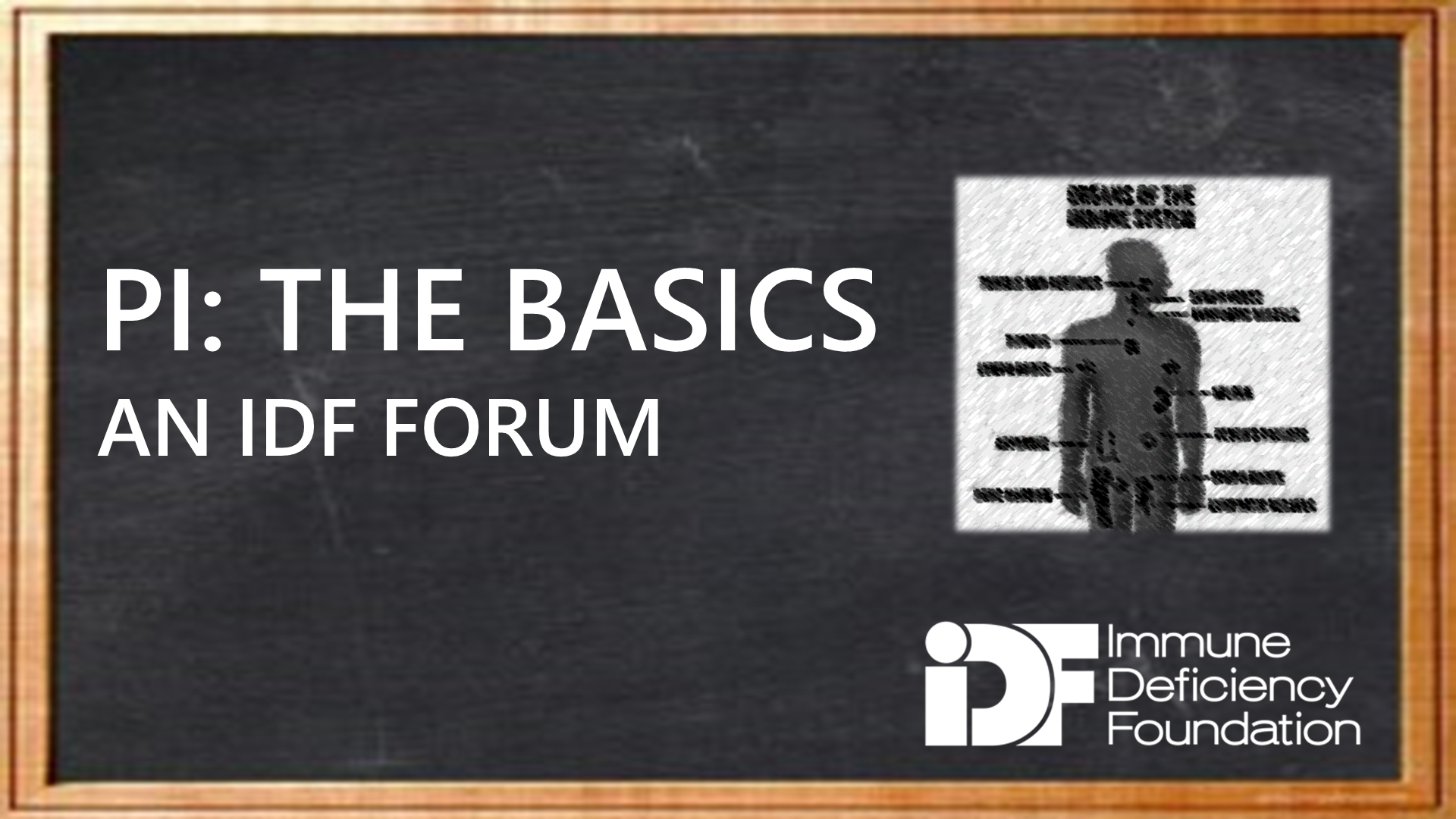 In 2013, an international consortium classified over 200 primary immunodeficiencies. Last year, that number increased to more than 400. That rise, which shows no signs of stopping, is the perfect example of the intricacy of the immune system and the discoveries that have yet to happen concerning its operations.

“The immune system is incredibly complex and we are learning so much about the immune system, almost on a daily basis,” said Dr. Tyler Yates, Assistant Professor of Pediatric Allergy and Immunology for Oregon Health and Sciences University.

“As an immunologist, I always tell my patients I want to make sure you have all the working parts, and the parts work correctly,” explained Dr. Yates. “It’s really important to know. A lot of the different diseases, you may be missing a component of your immune system or it may be there but it may not function well.”

Dr. Yates described the immune system as a biological system that is responsible for defense against infectious organisms.

But preventing infection is not the only role of the immune system, said Dr. Yates. It prevents autoimmune diseases, and acts as surveillance for cancer cells.

“You may have been told with whatever immune deficiency that you were diagnosed that you have an increased risk of developing autoimmune diseases or certain cancers, like lymphomas, maybe skin cancers, or GI cancers, it changes a little bit depending on the immune deficiency, but that’s where this comes from, it comes from the idea that the immune system is really important in fighting infections preventing autoimmune disease and for fighting off cancer,” said Dr. Yates.

The innate system is the initial response that happens very quickly, minutes to hours after being exposed to a bacteria or virus, said Dr. Yates. It’s not specific and it doesn’t care about the type of infection and has no memory of the germ. Some people with PI may have innate defects or disorders.

Some of the key players in the innate system are:

Different from the innate immune system, the adaptive immune system, explained Dr. Yates, is a delayed response to infection and it takes days to work and has a very specific response to specific organism. It also has memory, unlike the innate system, so that if you’re exposed to the same organism subsequent times, you can have a quicker response.

The adaptive immune system produces B cells which are important for producing antibodies or immunoglobulins. Immunoglobulins are very important for our defense against bacteria, as well as viruses, and fungi, but they work very closely with helper T cells.

“I’m willing to bet that the majority of people here have some type of antibody deficiency,” said Dr. Yates.

There’s a pretty wide spectrum of B cell deficits but for the most part they all present similarly, he said, with sinopulmonary infections such as pneumonia, ear infections, sinus infections, and perhaps gastro-intestinal infections. If you have a hard time producing antibodies, this may result in common variable immune deficiency or selective IgA deficiency. Or you may have normal or low numbers of IgG, which is your most abundant antibody, but may not be able to respond specifically to different organisms and that’s called specific antibody deficiency.

So what are the kinds of immunoglobulin? They are:

IgA – This is an antibody found in your mucosal tissues that line your GI track, sinuses, ears, and lungs. Most people with IgA deficiency are asymptomatic, but about 10 to 15 percent of people have sinopulmonary and GI problems.

Along with the B cell, the T cells are also key players in the adaptive immune system. They start their journey in the bone marrow and travel to an organ called the thymus, which sits above the heart, explained Dr. Yates. A colleague of Dr. Yates’ describes the thymus as the schoolhouse where the T cells go to get educated to fight infections and to learn not to attack your cells.

Dr. Yates wrapped up his presentation discussing combined immune deficiencies, those that involve more than one part of the immune system. Some types of those are SCID, Wiskott-Aldrich Syndrome, and Hyper IgE Syndrome.

After answering some questions from the audience, Dr. Yates left the audience with these parting words of advice.

“Wear your masks. Wash your hands. Don’t be around anyone who is coughing, and do your best to help all of us get through this thing as safely as possible."

To listen to the full presentation of the IDF Forum “PI: The Basics,” click here.