Planning for the Future: Immune Globulin Potency in the 21st Century Workshop

Planning for the Future: Immune Globulin Potency in the 21st Century Workshop

The Immune Deficiency Foundation, in cooperation with the Center for Biologics Evaluation and Research (CBER) of the Food and Drug Administration (FDA), the Plasma Protein Therapeutics Association (PPTA), and the National Institute of Allergy and Infectious Diseases (NIAID), participated in the Workshop on Immune Globulin Potency in the 21st Century, November 8-9, 2017.

Immunoglobulin (Ig) replacement therapy is used to treat many people with primary immunodeficiency diseases (PI). For those with antibody deficiencies, such as Common Variable Immune Deficiency and X-linked Agammaglobulinemia, among other types of PI, Ig therapy is a lifesaving and lifelong treatment. IDF along with the CBER, FDA, PPTA, NIAID and other stakeholders have worked over the years to ensure that those IgG products currently available as well as those manufactured in the future will contain sufficient levels of antibodies to provide protection against infectious agents of special concern to individuals who have antibody deficiencies

About the Immune Globulin Potency in the 21st Century Workshop

The goals of the workshop were (1) to understand and predict the impact on immunoglobulin (Ig) products of declining measles antibodies in the plasma donor population, (2) to evaluate the impact of world-wide polio eradication on Ig lot release testing, and (3) to discuss potential solutions to challenges to the continued use of measles and polio antibody levels, or titers, as some of the tests used by the FDA and manufacturers to assure that individual lots of Ig meet the quality standards expected by the PI patients that depend of these products to protect them. The workshop also addressed improving accuracy of diagnostic testing for PI, particularly regarding measurement of antibodies to encapsulated bacteria like pneumococci, and the exploration of other surrogate markers, e.g., specific antibodies in Ig products that can be used to ensure Ig quality standards.

Why Is This Being Discussed Now?

Current Ig products provide protection to those receiving Ig therapy, but the participants in this workshop are planning for the future to ensure people with PI continue to be protected.

People with antibody deficiencies, as well as T and B cell immunodeficiencies, are unable to develop protective immunity following vaccination or natural infection. They rely on Ig therapy to replace the antibodies they cannot create to protect them from diseases, like measles.

Before the measles vaccine was introduced in 1963, the general population was exposed to measles naturally, resulting in a high level of antibodies for the disease. As the natural exposure to measles from measles virus infection has decreased over the years and the vaccination rate for measles has increased, it has been observed that the level of anti-measles antibodies in the plasma donor population has decreased. This has occurred because the vaccine does not cause the same degree of immunity as seen from natural infection, and Ig products are created from human plasma donations within a year or so of the release of a new lot. Since the 1960s, there has been a slow decline in the average levels of protective anti-measles antibodies in the donor population as those donors who had experienced natural infection aged and dropped out of the donor pool to be replaced by younger donors who had lower, vaccine induced titers and this trend is expected to continue. Although all lots of Ig products available now have more than adequate levels of measles protective antibodies, the situation may be changing. At the end of the next decade it is expected that most or all of the plasma donors will have acquired their measles immunity from the vaccine. The anti-measles titer of Ig products will eventually reach a “steady state” level. One of the key questions is whether this level of antibody will be sufficient to protect patients with PI from measles infections if measles virus itself has not yet been eradicated world-wide? Workshop participants seemed confident that there will still be sufficient anti-measles protection in the donor plasma at that time to provide Ig products with the necessary levels of protection to keep patients with PI free from measles virus infection. It is critically important that all members of the PI family be adequately immunized to measles, and that any exposure to individuals with a possible measles infection should trigger an alert to their physician or clinical immunologist.

Infection with Polio virus and the need for protective titers of antibodies in Ig products faces a somewhat different issue in the coming years. Just as smallpox was eliminated from the earth during the last decade, the World Health Organization (WHO) is well along in its efforts to eradicate polio virus world-wide. Polio virus infections have now been completely eradicated from all the nations in the Western Hemisphere. At the present, infections with one of the three strains of polio virus has been declared defeated in the rest of the world and infections with wild-type polio are now restricted to just three countries in the Middle East and Africa. Unfortunately, each of the countries where polio infections are being seen are politically unstable with insurrections and lawlessness impeding efforts to clear polio virus completely from those areas.  In addition, it was discovered a few years ago that one of the strains of attenuated polio virus used in the original Sabin oral polio vaccine rarely was able to regain enough virulence to cause polio disease and this discovery led the WHO to ban further use of the live virus polio vaccine and switch everyone to use a killed virus vaccine. This switch was completed several years ago now so that new cases of type 2 polio that were associated with the oral vaccine have stopped occurring.

The issue for the FDA and Ig manufacturers is when polio is finally eliminated from the planet, will there be any need to continue to have polio immunity represented as a primary standard of efficacy in the various Ig products? In addition, since no stocks of live polio virus will be allowed to remain in any country after eradication, how will we be able to test the newly manufactured Ig products to see if they are able to eliminate polio? This is not going to be an issue for several years, but planning is underway to determine the best way to prepare for this eventual victory over polio.

Another topic discussed at the workshop relates to how PI is diagnosed, specifically with the currently available pneumococcal antibody testing. A study conducted by Baylor College of Medicine and Texas Children’s Hospital showed variation among test results conducted on the same samples but evaluated at different laboratories. There was significant variation in the results between the two commercial testing laboratories. This may make it difficult to correctly assess vaccine antibodies responses, and if an antibody immune deficiency exists in a given patient. Different laboratory results may lead to different diagnoses, which can significantly affect how a patient is treated.

These discussions will hopefully lead to productive collaborations between immunologists concerned with the diagnosis and treatment of antibody deficiency and others with specific expertise in measuring antibodies. The goal is the development of standardized techniques for the evaluation of the production of specific antibodies following vaccination. Finally, there was a discussion of other potential specific antibodies that could be used as reagents or surrogate markers to ensure the quality of Ig products.

“There are critical questions that need to be answered to continue to protect people with PI,” explains John G. Boyle, IDF President & CEO, “We want to ensure Ig potency in the future. We also want to see advancements in testing to improve the diagnosis of PI. IDF views this important workshop with stakeholders from the medical community, government agencies and Ig manufacturers as a way to further address these questions, and we look forward to future studies and discussions.”

IDF will continue to fight for the highest quality treatment and most accurate diagnosis for people with PI, and we will notify the PI community as updates regarding the results of this workshop are available. 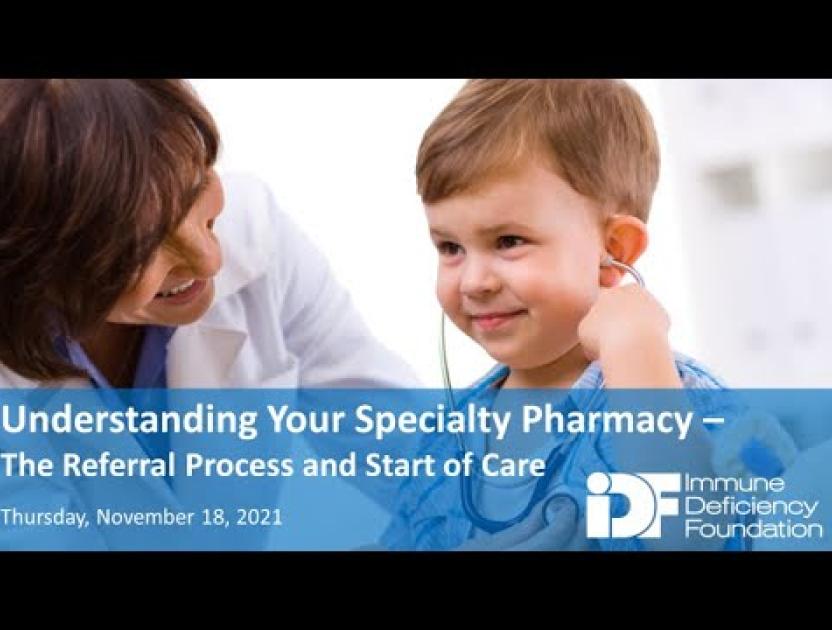 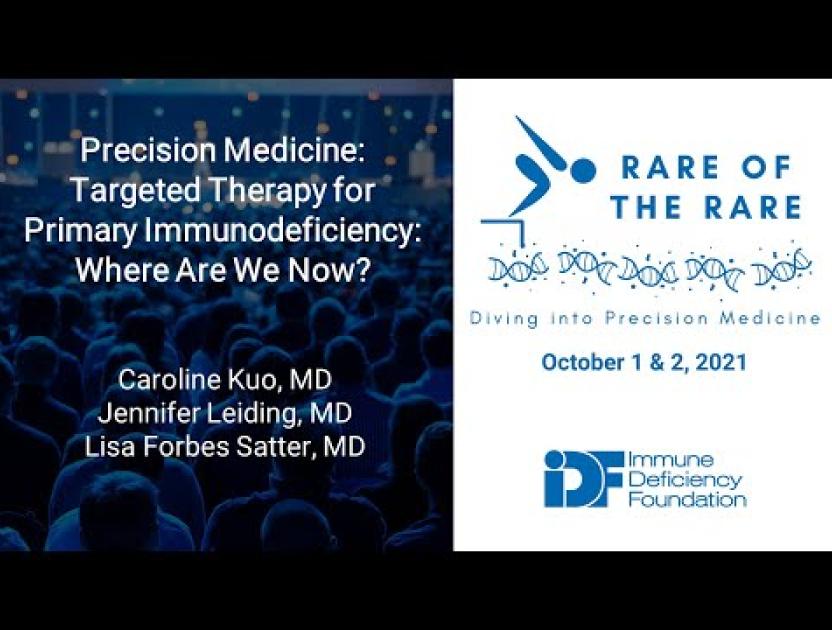 Precision Medicine Targeted Therapy for Primary Immunodeficiency: Where Are We Now?
IDF Channel 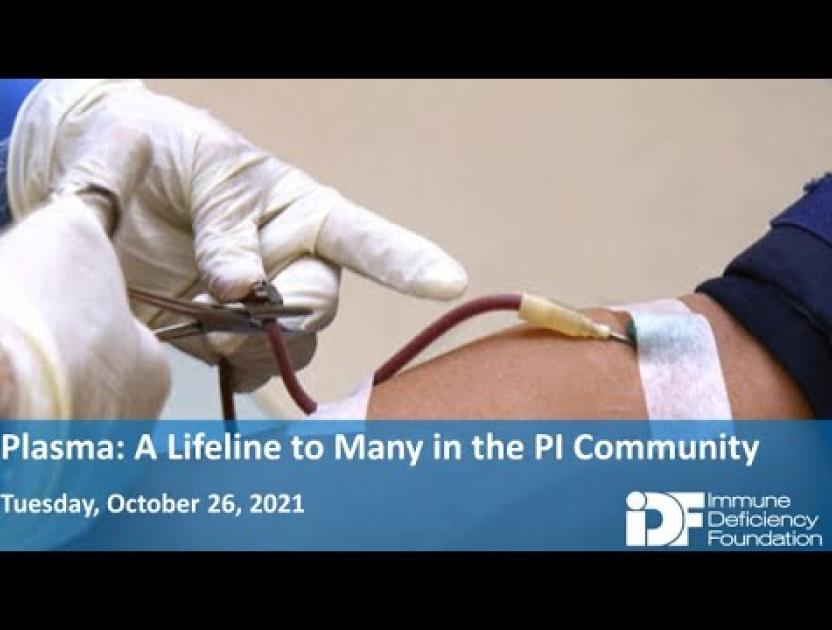 Plasma: A Lifeline to Many in the PI Community: An IDF Forum, October 26, 2021
IDF Forums Playlist 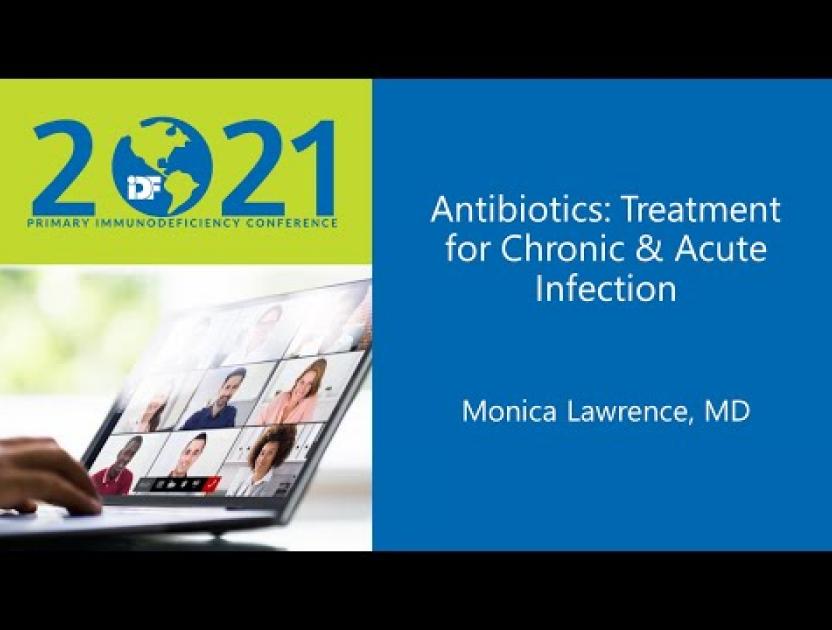 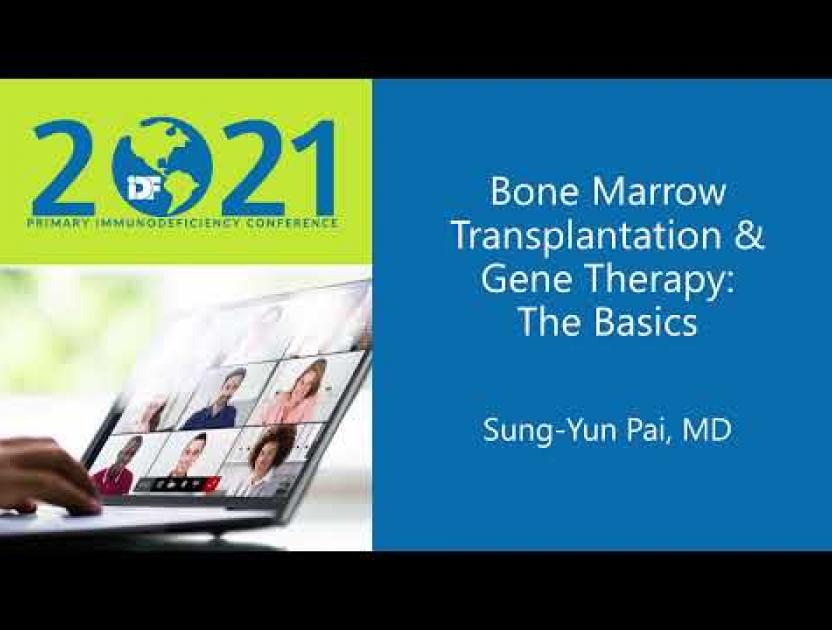