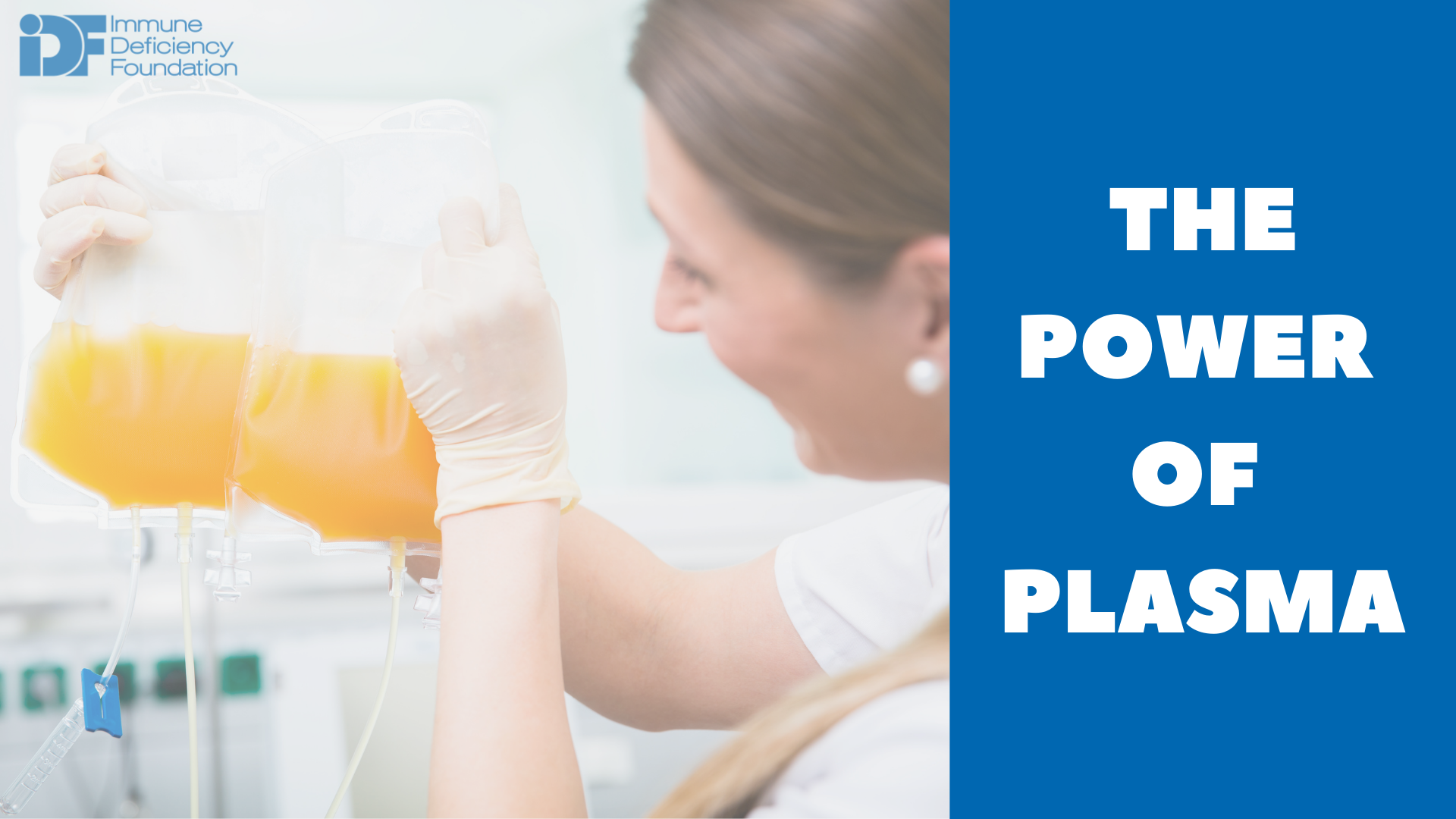 When the pandemic hit, the Plasma Protein Therapeutics Association (PPTA) met with the U.S. Department of Homeland Security and European officials to ensure that plasma donation centers were deemed essential businesses. Those efforts kept the doors open at the more than 860 centers nationwide, but that didn’t mean that donors walked through them.

“In spite of that, donors had a lot of trepidation. I think everyone did at the beginning of the pandemic,” said Amy Efantis, PPTA President and CEO, who added that PPTA published a message on its website assuring donors of the safety protocols in place at the centers.

As a result, the industry is facing a decline in donations that could affect the future of plasma availability.

“We know that right now is the time for plasma. We need plasma collected right now, and this is our mission at PPTA. This is something I feel very passionate about, as does our staff, and this continues to be our focus,” said Ms. Efantis.

Ms. Efantis, along with Julie Birkofer, PPTA Senior Vice President of Public Affairs, delivered a presentation, “The Power of Plasma,” as part of an IDF Forum on September 15. The presentation included an introduction to PPTA and its advocacy campaigns, an explanation of the collection process, an overview of plasma collection trends, and an outline of ways everyone can be advocates for plasma donation.

The PPTA is both a trade and standard-setting organization representing the private sector producers of plasma-based and recombinant biological therapeutics. The PPTA and its members engage in establishing the standards for the manufacturing of plasma, pathogen safety, and advocacy. PPTA global members provide more than 80 percent of the world’s source plasma and the majority of the world’s plasma protein therapies.

Ms. Efantis said that when the pandemic began, the six-member board of directors came together to discuss how to move forward.

“This is a highly competitive environment and they put all that aside and came together in cooperation with one another and summoned cooperation with governments or other partners but all of them are involved in projects to address the health of COVID patients as well,” said. Ms. Efantis.

Other key stakeholders in PPTA are groups supporting communities who benefit from plasma-protein therapies, such as IDF. Ms. Birkofer praised IDF’s leadership and advocacy.

“In the context of health policy, rare disease groups are small and when you’re really small you’ve got to be mighty and you have to have your voice and be engaged. You are so fortunate to have IDF to help lift you up and give you strength,” she said.

In another effort to advocate for plasma therapy, PPTA developed www.donatingplasma.org, a website devoted to providing information on the need for source plasma, what to expect in donating plasma, plasma collection safety and quality standards, and the therapeutic uses of plasma. Some information shared on that website includes:

Ms. Efantis said plasma protein therapy is a resource-intense therapy. Unlike pills that can source chemicals to make more, or even biologics, for which cell lines can be acquired, plasma-based therapies rely solely on donations.

Though plasma donations have steadily increased since 2008, even in 2019, when donations proved strongest, some people faced challenges obtaining the therapy. With the pandemic interrupting the stream of donations now, it’s imperative that industry and constituents work together to promote plasma donation.

“As an industry, we’ve had industry-wide efforts to address this. Early on, we joined a coalition with other stakeholders and our companies have certainly shown a sincere commitment to not just the collection of COVID plasma, but source plasma as the core of their business,” said Ms. Efantis, adding that the PPTA has used social media channels to share its message, increasing efforts in the United States and establishing a presence in Europe.

“Obviously, at PPTA this is part of our wheelhouse, this is what we do – we’re actively engaging with federal, state, local policymakers, to trumpet this message. But, we really need help with making sure that that’s reaching the right folks, and again, while convalescent plasma is really important, source plasma – there’s a perpetual need for this,” she explained.

The PI community can also speak out about outdated regulations that inhibit plasma collections.

“If I were to show you a map of where plasma centers are in the United States, you’d see that there is a disproportionate burden that’s born on the Rust Belt and the Sun Belt,” said Ms. Efantis.

“There are regions like the state of California and New York that have very few plasma centers because of some outdated regulations in those states. So, we urge you to reach out to lawmakers to clear the way for increased plasma collection so that we can meet patient clinical needs.”

Members of the community can also utilize their own social media accounts to spread the word about plasma, and they can encourage friends and family to donate.

To listen to the entire “Power of Plasma” presentation, click here.