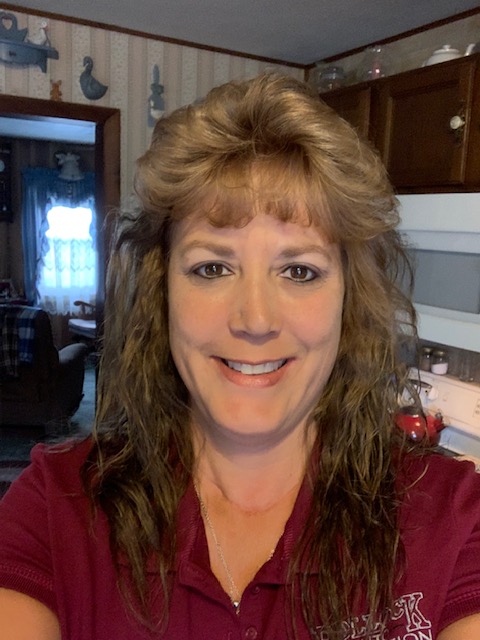 Kim Spiece, a member of our PI community, is on a mission to spread kindness, offer encouragement, and raise funds for the Immune Deficiency Foundation (IDF) with an unlikely hobby–rock painting.

Her journey began back in October 2015 when she was on vacation in Cape Cod, MA. There, she discovered a program called The Kindness Rocks Project located at Sandy Neck Beach. The Kindness Rock Project has become a viral trend where individuals collect rocks to then paint an inspiring or fun message on the surface and then leave it out for others to find and collect. The trend has carried on with the idea that one message at just the right moment can change a person’s day or outlook on life. With this, Kim was inspired and took a few rocks with her back home to keep. As the weeks went on after her vacation, the memory of the rocks simply faded away.

On April 18, 2016, Kim received her first treatment of IVIG. Since then, she has received treatment every Monday for three hours at a time. In September of 2016, Kim and her sister were taking a walk when they stumbled across a Kindness Rock in their home state of Pennsylvania. Seeing the Kindness Rock made Kim think of the rocks she brought home with her from her vacation in 2015, and it was at this point her sister convinced her to start collecting and painting rocks.

The rock painting became therapeutic for Kim during her treatment. Not only was it a good distraction from the needles in her stomach, but it was also a way for her to spread kindness and compassion throughout her community. After she would paint the rocks, Kim would leave them in places where people could find them. When people discovered them, they would then post them on Facebook which allowed Kim to see where they had traveled to.

As Kim continued to paint rocks over the years, people made requests to buy them from her. Kim began accepting payments for her rocks, but instead of keeping the money, Kim chose to accept them as donations for IDF. Now, each rock that’s sold helps bring awareness to the PI community

Today, Kim continues to take requests through her Facebook Page, PA Pebbles Kindness Rocks, while also hosting rock painting parties at churches, nursing homes, libraries, schools, etc. She is proud to bring smiles and kindness to others while helping those affected by PI.

We would like to personally thank Kim for all that she is doing for the PI community. If you are inspired by Kim and have a creative idea to raise funds for those with PI, get started today by creating your very own DIY event. Learn more here: https://primaryimmune.org/diy-fundraising.