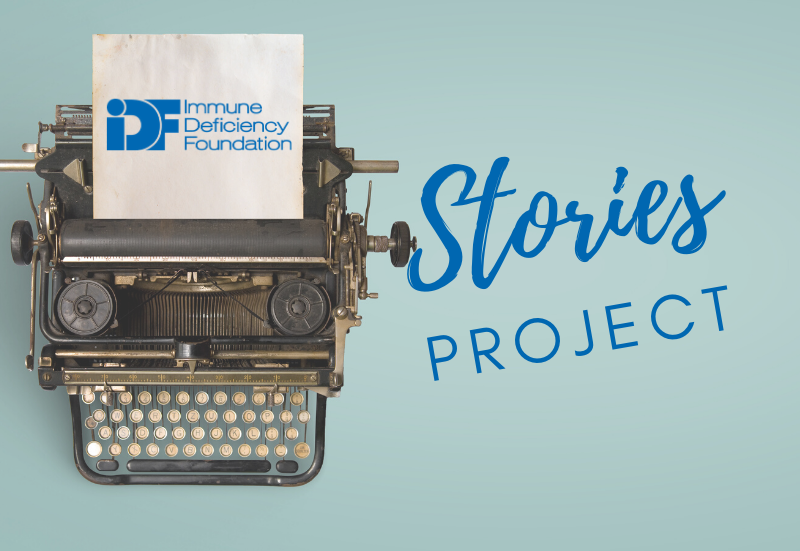 In this Stories Project blog, Michelle Lamonica describes her fear, confusion, and helplessness when doctors diagnosed her newborn daughter, Alexa, with severe combined immunodeficiency, or SCID. A baby born with SCID has no functioning immune system and is vulnerable to all infections. The condition is fatal unless treated with a stem cell transplant or gene therapy. This Alexa’s story, written by her mother, Michelle Lamonica.

Welcome to the SCID club – a club I often said I wouldn’t wish upon my worst enemy. No parent expects this to be their way of life, but here you are and onward you must go.

Even though this journey was tough, it has left me to see things with a new perspective

Our journey began 10 days after our daughter, Alexa, was born. We received a phone call about her newborn screening test coming back abnormal for SCID testing. She would need to be seen immediately by an immunologist. With just one phone call, our world was turned upside down.

To really shake things up, at the very same time, a dermatologist we had seen when Alexa was just a week old called and informed us she had tested positive for MRSA, a difficult to treat staph infection. Our pediatrician recommended Lurie Children’s Hospital. Within minutes, we packed up for what we thought would be an overnight stay and rushed out the door.

On our two-hour drive, I frantically googled SCID, and tried to figure out what the heck was happening. This state of panic wasn’t completely new to us. About 24 hours after Alexa was born, she began to get an eczema looking rash. Doctors were flipping through medical books to try and decipher the mysterious rash and running several blood tests.

Doctors finally concluded that they “thought” it was IP – a scary condition affecting the skin, but not fatal. I did not believe she had IP and after seeing a dermatologist, she agreed it most likely was not IP. The rashes had cleared up and we had thought we were in the clear, but we had no idea the tumultuous journey we were about to endure.

We met with the immunology team once we arrived to the emergency room at the hospital. They told us Alexa would be admitted and they’d run tests to confirm she has SCID. They talked about the kinds of SCID and what it was and how they treat it. I was scared, and still uncertain that there was something wrong with my beautiful, new baby.

After a couple of days, it was clear that she did have SCID. We had met with so many doctors and medical staff that my head was spinning. The treatment for SCID was a stem cell transplant. My husband and I most likely wouldn’t be a match and, since she doesn’t have any siblings, they would have to find an unrelated donor.

I was crushed. I felt so helpless. As her life became uncertain and precautions to keep her germ-free were being put in place, I felt I was being ripped away from my beautiful new baby. I couldn’t breastfeed her anymore. I couldn’t kiss my baby. I was losing those priceless moments of bonding with my little girl. Would SCID rip her away from us permanently?

During those first few days at the hospital, I ran out to get a few essentials from the store a few blocks away. I was standing on the bustling corner in the heart of downtown Chicago. Waiting for the street light to change to cross the street, I felt so numb. The thoughts of being absolutely powerless to help my daughter survive swirled inside my brain.

I felt so defeated as the wind pushed against me at that intersection. I considered how just one more gust could toss me into the rush of oncoming cars and end the pain I was feeling within me. I wouldn’t surrender to those thoughts though, or what the world possibly had in store for us. I knew I had to push through. Our daughter needed us to fight our hardest for her right now.

After 8 days, we were able to go home. We were allowed no visitors, and no going anywhere with her except for blood work. The constant blood draws felt never-ending. I don’t think pin cushions are poked as much as our kids are.

The first time I took her for a blood draw the phlebotomists couldn’t find a vein. They literally looked like they were fishing around her arm for a vein. I couldn’t take hearing my baby screaming with each jab. It was torture. I nearly lost it. I told them that was enough and we are leaving. They suggested I take her to the emergency room at the hospital. That was the absolute worst place I could have taken her. I refused the suggestion and immediately called our doctors downtown. They suggested another offsite location to go to the next day.

I quickly learned I needed to be the voice for my daughter, and that it is okay to stand up to a medical professional. If something doesn’t feel right, ask questions. If you are uncomfortable about something, speak up.

There’s a lot of waiting with SCID: waiting to see doctors, waiting for lab results, waiting on genetic testing. Nothing was harder than waiting to find a stem cell donor. What if there is no match? It happens.

Weeks later, we received a call that Alexa had a donor match. Her perfect match was from Germany. Two days later we received another call that her donor was making his appointments to begin the donation process. Tears of pure elated joy ran down my face. This was amazing news!

The SCID journey can be a lonely road. You’re cut off from everyone you love, and some people just don’t understand what you’re going through. You see pictures of your friends out and about with their little ones. It’s not fair. You don’t get those same experiences. For our kids this is the most crucial point in keeping them germ-free. This is your part in saving your child’s life.

So, I tell parents to put on your cape and fight to keep your child alive, because that is what they need from you right now. Isolation, as difficult as it is, is so critically important.

A date was set for her transplant. The doctors were adamant about chemotherapy. That is scary, but when it feels like the best decision, you will do anything to save your child’s life.

I held a lot of trust in her doctors. After all, they were the experts, and I was just a foreigner to this new world. I have to say I ended up loving her stem cell team. For the next months, they became the people I saw day in and out. We were all truly a team. I knew they had Alexa’s best interest at heart.

The days leading up to her transplant, we just continued our life Isolated from everyone. My husband went to work, and I was on maternity leave, which I then extended using FMLA.

For our family, it was vital that my husband continued to work. My husband, of course, took off work for important appointments, but this is just what worked best for our family. If my husband or I were out in public, we always showered and changed clothes before we came in contact with Alexa.

A week before Alexa’s transplant, we moved into the Ronald McDonald House. We stayed there for about two months. We walked to the hospital for her appointments. To keep her somewhat germ-free from other people, I would flip her stroller and car seat visors down so that they would meet in the middle, creating a little layer of protection for her from the outside world.

Alexa first had to have a central line put in to make it easier for infusions and blood draws, rather than sticking her with a needle each time. Then we started chemo. She did well, but was a bit fussy at times and threw up a couple times. Nothing completely unexpected, though.

The day of her transplant went well. It was more waiting to see how her body would react. She needed two blood transfusions while we were admitted there for her transplant.

Soon after, we went back to the Ronald McDonald house. We started to scale back on visits to every other day. It appeared to look as though her transplant was successful. We were cleared to finally go back home. Things were looking great. Her numbers were looking good.

Since my husband was still at home working during the week, I waited for him to come during his upcoming weekend visit to pick us up and load up the car. We were all packed up and, as soon as Alexa woke up from her nap, she was crying and wouldn’t take her bottle. Something was off. I checked her temperature. Yep, sure enough she had a fever.

When my husband came to the door I told him I was calling her doctors and we were heading to the hospital. It turned out she had a double infection in her central line. We would be in the hospital for two more weeks.

As much as I hated being in the hospital, I learned I needed to make the best of it. I knew the only way to make it through was to keep Alexa happy and, in return, it led to my happiness. We did tummy time, the activity mat, played with toys, read books, sang, and listened to music every day. We often would video chat with family too. Finding those small joys each day made our life in the hospital bearable.

Finally, it was time to go home. It was strange to be back home, but so amazing to have some normalcy back. We went back and forth weekly, then every other week to the hospital for infusions and checkups. Alexa’s immune system seemed to be doing its job. Things were going well, and appointments were being scaled back. Her central line was removed.

After a while, Alexa was eventually able to receive her immunizations, and she is still doing well to this very day. We can now do all of the things we had one day hoped for as a family.

We make sure to celebrate the anniversary of her transplant each year. On Alexa’s Life Day we do something to pay it forward. We have done things like collect and donate toys to the children’s hospital, collect and donate items needed for the Ronald McDonald House, and donate blood.

Our whole SCID journey seems like such a blur. My family was thrown into something we knew nothing about and had to learn quickly. My emotions were flying high, and I was taking care of my daughter as a first-time mom. I wasn’t prepared for it, but my family and I did get through it, and are stronger for it.

It may seem impossible, but to those parents whose babies have SCID, I say take each day at a time and keep a positive attitude. You will get through it, too. 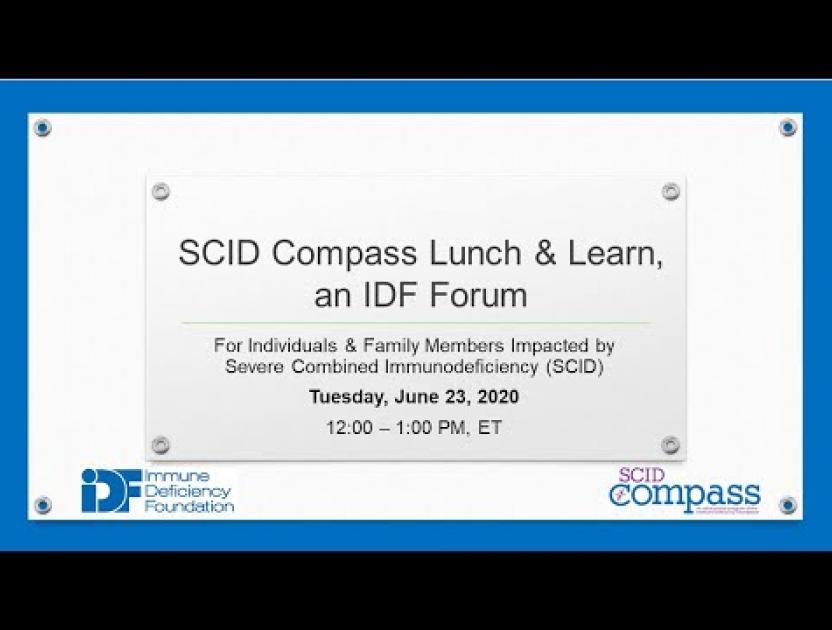 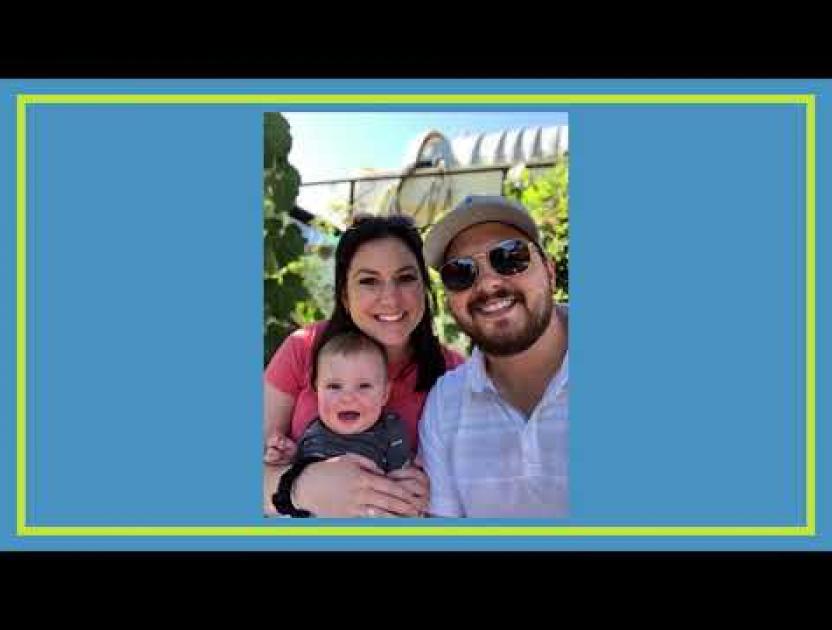 The Duggan Family shares their journey with SCID
SCID Videos 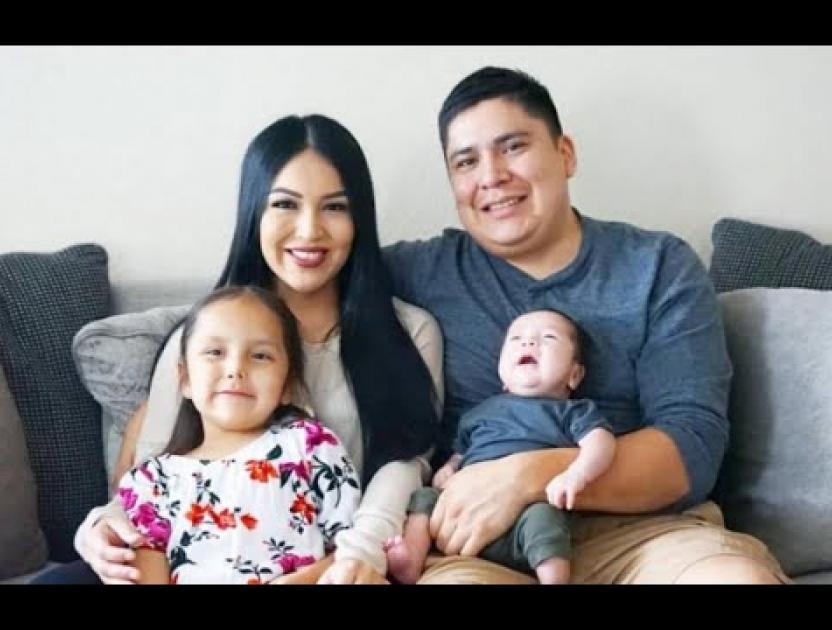 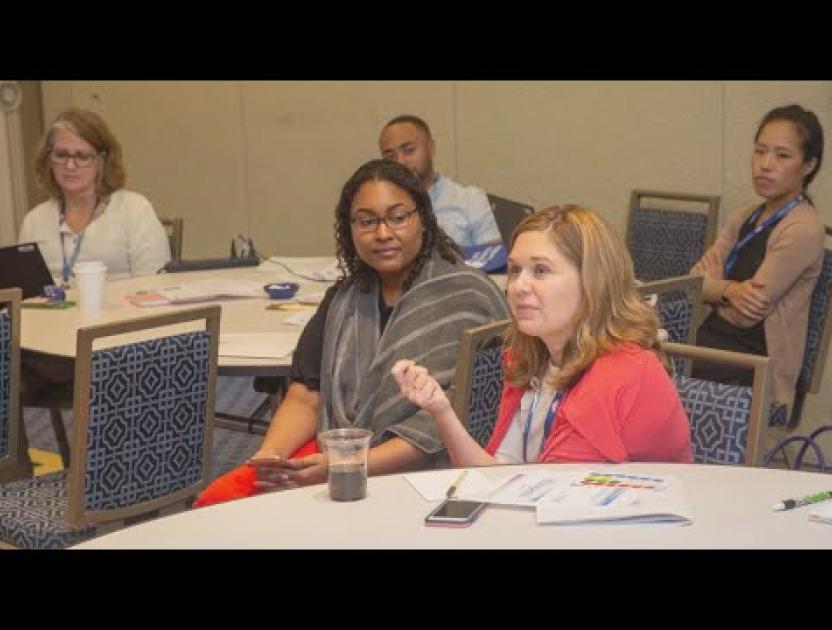