The IDF Common Variable Immune Deficiency (CVID) Community Center is your online source for credible CVID information, clinical reference, publications, and support. The Immune Deficiency Foundation (IDF) created this center to provide information, education and support about assessment, diagnosis, treatment, and issues of health and well-being for people living with CVID and their families.

IDF understands the challenges and emotions you are facing. Whether you are recently diagnosed, caring for a loved one, or managing your CVID for a long time, we are here to help guide you through your experience. From locating physicians to providing emotional support, we offer programs, services, and resources to help you better cope with a CVID diagnosis.

Common Variable Immune Deficiency (CVID) is one of the most frequently diagnosed primary immunodeficiencies, especially in adults, characterized by low levels of serum immunoglobulins and antibodies, which causes an increased susceptibility to infection. While CVID is thought to be due to genetic defects, the exact cause of the disorder is unknown in the large majority of cases.

Compared to other human immune defects, CVID is a relatively frequent form of primary immunodeficiency, found in about 1 in 25,000 persons; this is the reason it is called “common.” The degree and type of deficiency of serum immunoglobulins, and the clinical course, varies from patient to patient, hence, the word “variable.” In some patients, there is a decrease in both IgG and IgA; in others, all three major types of immunoglobulins (IgG, IgA and IgM) are decreased. In still others there are defects of the T-cells, and this may also contribute to increased susceptibility to infections as well as autoimmunity, granulomata and tumors. To be sure that CVID is the correct diagnosis, there must be evidence of a lack of functional antibodies and other possible causes of these immunologic abnormalities must be excluded. Frequent and/or unusual infections may first occur during early childhood, adolescence or adult life. Patients with CVID also have an increased incidence of autoimmune or inflammatory manifestations, granulomata and an increased susceptibility to cancer when compared to the general population. Sometimes it is the presence of one of these other conditions that prompts an evaluation for CVID. The medical terms for absent or low blood immunoglobulins are agammaglobulinemia and hypogammaglobulinemia, respectively. Due to the late onset of symptoms and diagnosis, other names that have been used in the past include “acquired” agammaglobulinemia, “adult onset” agammaglobulinemia, or “late onset” hypogammaglobulinemia. The term “acquired immunodeficiency” refers to a syndrome caused by the AIDS virus (HIV) and should not be used for individuals with CVID, as these disorders are very different. 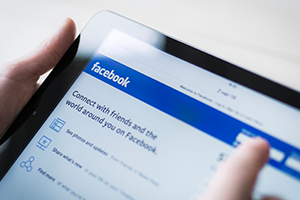 Join the official IDF Facebook Group for people diagnosed with CVID and their immediate family members. It is a place where people affected by CVID can network, ask questions, and share insights and experiences.

Both males and females may have CVID. In the majority, the diagnosis is not made until the third or fourth decade of life. However, about 20% of patients have symptoms of the disease or are found to be immunodeficient in childhood. Because the immune system is slow to mature, the diagnosis of CVID is generally not made until after the age of 4. The usual presenting features of CVID are recurrent infections involving the ears, nasal sinuses, bronchi (breathing tubes) and lungs (respiratory tract). When the lung infections are severe and occur repeatedly, permanent damage with widening and scarring of the bronchial tree, a condition termed bronchiectasis, may develop. The organisms commonly found in these sinopulmonary infections are bacteria that are widespread in the population and that often cause pneumonia (Hemophilus influenzae, pneumococci, and staphylococci) even in people who do not have CVID. The purpose of treatment of lung infections is to prevent their recurrence and the accompanying chronic and progressive damage to lung tissue. A regular cough in the morning and the production of yellow or green sputum may suggest the presence of chronic bronchitis or bronchiectasis. Patients with CVID may also develop enlarged lymph nodes in the neck, the chest or abdomen. The specific cause is unknown, but enlarged lymph nodes may be caused by infection, an abnormal immune response or both. Similarly, enlargement of the spleen is relatively common, as is enlargement of Peyer’s patches which are collections of lymphocytes

in the walls of the intestine. In some cases, other collections of inflammatory cells, called granulomas, can be found in lungs, lymph nodes, liver, skin or other organs. These are largely composed of cells called monocytes and macrophages. They may be a response to an infection, but the cause is not really known. Although patients with CVID have depressed antibody responses and low levels of immunoglobulins in their blood, some of the antibodies that are produced by these patients may attack their own tissues (autoantibodies). These autoantibodies may attack and destroy blood cells, like red cells, white cells or platelets. Although, most individuals with CVID present first with recurrent bacterial infections, in about 20% of cases the first manifestation of the immune defect is a finding of very low platelets in the blood or severe anemia due to destruction of red cells. Autoantibodies may also cause other diseases such as arthritis or endocrine disorders, like thyroid disease. Gastrointestinal complaints such as abdominal pain, bloating, nausea, vomiting, diarrhea and weight loss are not uncommon in CVID. Careful evaluation of the digestive organs may reveal malabsorption of fat and certain sugars or inflammatory bowel disease. If a small sample (biopsy) of the bowel mucosa is obtained, characteristic changes may be seen. These changes are helpful in diagnosing the problem and treating it. In some patients with digestive problems, a small parasite called Giardia lamblia has been identified in the biopsies and in the stool samples. Eradication of these parasites by medication may eliminate the gastrointestinal symptoms. Some patients with CVID who may not be receiving optimal immunoglobulin replacement therapy may also develop a painful inflammation of one or more joints. This condition is called polyarthritis. In the majority of these cases, the joint fluid does not contain bacteria. To be certain that the arthritis is not caused by a treatable infection; the joint fluid may be removed by needle aspiration and studied for the presence of bacteria. In some instances, a bacterium called Mycoplasma may be the cause and can be difficult to diagnose. The typical arthritis associated with CVID may involve the larger joints such as knees, ankles, elbows and wrists. The smaller joints, like the finger joints, are rarely affected. Symptoms of joint inflammation usually disappear with adequate immunoglobulin therapy and appropriate antibiotics. In some patients, however, arthritis may occur even when the patient is receiving adequate immunoglobulin replacement. Finally, patients with CVID may have an increased risk of cancer, especially cancer of the lymphoid system or gastrointestinal tract.

CVID should be suspected in children or adults who have a history of recurrent bacterial infections involving ears, sinuses, bronchi and lungs. The characteristic laboratory features include low levels of serum immunoglobulins, including IgG, often IgA and sometimes IgM. Another part of the diagnosis of CVID is to determine if there is a lack of functional antibody. This is done by measuring serum levels of antibody, against vaccine antigens such as tetanus or diphtheria, measles, mumps, or rubella, hemophilus or pneumococcal polysaccharide. Patients with CVID have very low or absent antibody levels to most of these vaccines. Immunization with killed vaccines is used to measure antibody function, and this functional testing is crucial prior to beginning treatment. These tests also help the physician decide if the patient will benefit from immunoglobulin replacement therapy and can be key in obtaining insurance authorization for this therapy. The number of B- and T-lymphocytes

may also be determined and their function tested in tissue cultures.

), but these cells fail to undergo normal maturation into plasma cells, the cells capable of making the different types of immunoglobulins and antibodies for the blood stream and secretions. The genetic causes of CVID are largely unknown, although recent studies have shown the involvement of a small group of genes in a few patients. These include inducible co-stimulatory (ICOS) and a few other proteins on B-cells. These appear to be causes of autosomal recessive

CVID. Mutations in a cell receptor (TACI) needed for normal growth and regulation of B-cells have also been found in about 8% of patients with CVID. However, a causative role of TACI mutations in this immune defect is not yet clear, since some of these mutations can be found in people with normal immunoglobulins. As these are very rare gene defects for the most part, genetic testing is not yet required or indicated for the diagnosis of CVID.

The treatment of CVID is similar to that of other disorders with low levels of serum immunoglobulins. In the absence of a significant T-lymphocyte defect or organ damage, immunoglobulin replacement therapy almost always brings improvement of symptoms. Immunoglobulin is extracted from a large pool of human plasma; it consists mostly of IgG and contains all the important antibodies present in the normal population. (See chapter titled “Immunoglobulin Therapy and Other Medical Therapies for Antibody Deficiencies.”) Patients with chronic sinusitis or chronic lung disease may also require long-term treatment with broad-spectrum antibiotics. If mycoplasma or other chronic infections are suspected, antibiotics specific for those organisms may be indicated. If bronchiectasis has developed, a daily pulmonary toilet regimen (chest physiotherapy and postural drainage) may be needed to mobilize the secretions from the lungs and bronchi and make them easier to cough up. Patients with gastrointestinal symptoms and malabsorption should be evaluated for the presence of Giardia lamblia, rotavirus and a variety of other gastrointestinal infections. In some cases inflammatory bowel disease is found, and this is treated by the medications normally prescribed for patients who are non-immunodeficient. Maintaining a balance between the immunosuppression used to control the autoimmune process while avoiding compounding the defects of the underlying primary immunodeficiency requires close cooperation between the patient and the various specialists involved in their care. (See chapter titled “Autoimmunity in Primary Immunodeficiency.”) If autoimmune or inflammatory disease, granulomas, or tumors develop, the treatment is usually the same as would be given to a person with a normal immune system. However when patients with CVID have these complications, there is a tendency for them to be less responsive to therapy. Regular checkups including lung function are recommended.

Immunoglobulin replacement therapy combined with antibiotic therapy has greatly improved the outlook of patients with CVID. The aim of the treatment is to keep the patient free of infections and to prevent the development of chronic inflammatory changes in tissues. The outlook for patients with CVID depends on how much damage has occurred to their lungs or other organs before the diagnosis is made and treatment with immunoglobulin replacement therapy started, as well as how successfully infections can be prevented in the future by using these therapies. The development of autoimmune disease, inflammatory problems, granulomata or malignancy can have a significant impact on the quality of life and response to treatment. Excerpted from the IDF Patient & Family Handbook for Primary Immunodeficiency Diseases FIFTH EDITION. Copyright 2013 by Immune Deficiency Foundation, USA. This page contains general medical information which cannot be applied safely to any individual case. Medical knowledge and practice can change rapidly. Therefore, this page should not be used as a substitute for professional medical advice. 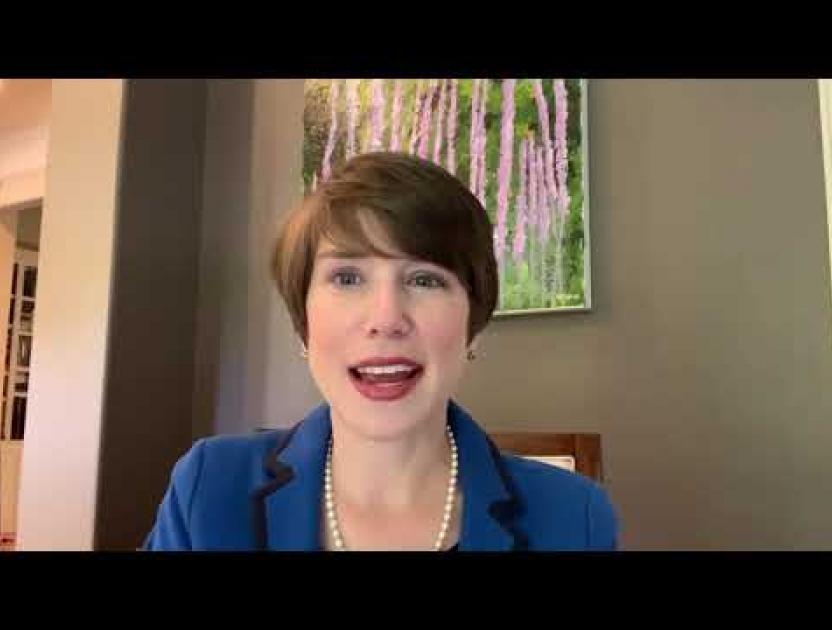