Among the five classes of immunoglobulins: IgG, IgA, IgM, IgD, and IgE, IgG has the predominant role in protection against infection. Some patients have normal levels of immunoglobulins and all forms of IgG, but do not produce sufficient specific IgG antibodies that protect us from some viruses and bacteria. Patients who otherwise produce normal immunoglobulin levels but who lack the ability to produce protective IgG molecules against the types of organisms that cause upper and lower respiratory infections are said to have Specific Antibody Deficiency (SAD). SAD is sometimes termed partial antibody deficiency or impaired polysaccharide responsiveness.

The previous chapters described forms of hypogammaglobulinemia and IgG subclass deficiencies in which patients may have recurrent infections due to a lack or low level of these IgG molecules. Each individual IgG molecule is uniquely designed to protect against a specific pathogen. We call these molecules “specific antibodies,” and they are usually formed in response to natural exposure to bacteria and viruses, or through exposure to vaccines. They can be measured in the laboratory, and these levels (or titers) are used to help diagnose problems with immunity.

Children less than 2 years of age often do not have a robust response to infections with bacteria such as Streptococcus pneumoniae, Moraxella catarrhalis, or Haemophilus influenzae. This is primarily due to an inability to make antibodies against the polysaccharide (sugar) coat that covers these bacteria. Normally, most children begin to make stronger immune responses to these bacteria around 2 years of age, and can fight off these infections more effectively. Children and adults who fail to develop the immune response to the polysaccharide coating on bacteria (and therefore lack protection to these microbes) but who otherwise have normal antibody levels have SAD.

Specific IgG antibodies are important in fighting off infections; however, other components of our immune system also work to eradicate bacteria and viruses. T-cells, complement proteins and IgA antibodies (to name a few) are parts of our immune system that work together during a complete immune response. If these other components work well, some patients with low specific antibody levels may rarely get sick. Antibodies of certain IgG subclasses interact readily with the complement system, while others interact poorly, if at all, with the complement proteins. Thus, an inability to produce antibodies of a specific subclass or mild deficiencies of other arms of the immune system may render the individual susceptible to certain kinds of infections but not others. These factors must be taken into account before an individual immune system is considered to be abnormal, either by virtue of having a low IgG subclass level or an inability to make a specific type of antibody.

Recurrent ear infections, sinusitis, bronchitis and pneumonia are the most frequently observed illnesses in patients with SAD. Some patients will show an increased frequency of infection beginning in the first years of life. In other patients, the onset of infections may occur later. Often a child with SAD will first come to the physician’s attention because of recurrent ear or other respiratory infections. At any age, recurrent or chronic sinusitis, bronchitis and/or pneumonia may develop. In general, the infections suffered by patients with SAD are not as severe as those suffered by patients who have combined deficiencies of IgG, IgA and IgM, like X-linked Agammaglobulinemia (XLA) or Common Variable Immune Deficiency. However, patients may present with a single severe pneumonia or other infection at the time of diagnosis.

Problems with specific antibody production may be suspected in children and adults who have a history of recurrent infections of the ears, sinuses, bronchi and/or lungs. The recommended evaluation usually includes measurement of total immunoglobulins, IgG subclasses and antibody titers to specific bacteria such as tetanus, diphtheria, and/or Streptococcus pneumoniae. When total immunoglobulins or IgG subclasses are low, a more profound immunodeficiency is usually present. Some patients have low antibody titers to Streptococcus pneumoniae during the initial evaluation, and this finding usually requires vaccination and additional testing. Patients older than 1 year of age may be immunized with the pneumococcal polysaccharide vaccine (Pneumovax 23 or Pnu-immune 23). These vaccines have the ability to induce protective titers to 23 strains (serotypes) of these bacteria. Antibody titers are measured again four to six weeks later to determine if adequate protective antibody titers were produced. It is felt that normal individuals respond to a majority of the serotypes in these vaccines and retain those protective titers for years after receiving it. Antibody responses may not last as long in young children. For therapy, it is also possible to reimmunize with Prevnar 13, a different type of pneumococcal vaccine, which, for most patients, may be more immunogenic than Pneumovax. However, this vaccine cannot be used to diagnose SAD.

The criteria for the diagnosis of SAD have been somewhat controversial. However, most immunologists now agree that several patterns of response are seen after receiving the vaccine. Patients may fail to respond to any of the serotypes included in the vaccine and have a more severe form of SAD. Responses in which children respond to less than 50% of serotypes and adults respond to <70% have a moderate form of SAD with an increased risk of upper/lower respiratory tract infections that may warrant treatment. An additional subset of patients appears to respond normally initially then lose protective levels within months.

No clear-cut pattern of inheritance has been observed with SAD.

The natural history of patients with SAD is not completely understood. SAD seems to occur more often in children, probably due to the natural “maturation” of the immune response. Children may “outgrow” SAD over time. Adults with similar symptoms and poor response to vaccination are less likely to improve over time. Both IgG subclass deficiencies and SAD may evolve into CVID. (See chapter titled “Common Variable Immune Deficiency.”) At the present time, it is not possible to determine which patients will have the transient type of deficiency and in which patients the deficiency may be permanent or the forerunner of a more wide-ranging immunodeficiency, such as CVID. For these reasons, periodic reevaluation of immunoglobulin levels and specific antibody titers is necessary.

Patients with SAD frequently suffer recurrent or chronic infections of the ears, sinuses, bronchi and lungs.  Treatment of these infections usually requires antibiotics. One goal of treatment is to prevent permanent damage to the ears and lungs that might result in hearing loss or chronic lung disease with scarring. Another goal is to maintain patients as symptom-free as possible so that they may pursue the activities of daily living such as school or work. Sometimes antibiotics may be used for prevention (like prophylaxis) of infections.

For immunodeficiency diseases in which patients are unable to produce adequate levels of the major immunoglobulin classes (IgG, IgA and IgM) and fail to make antibodies against proteins or polysaccharide antigens, like XLA and CVID, immunoglobulin (Ig) replacement therapy is clearly needed. (See chapter titled “Immunoglobulin Therapy and Other Medical Therapies for Anitbody Deficiencies.”)

Since many young children appear to outgrow SAD as they get older, it is important to reevaluate the patient to determine if the deficiency is still present. If replacement therapy has been initiated, reevaluation requires discontinuation of Ig therapy and at least four to six months of observation before immunity is re-evaluated. Measurement of antibody levels and consideration of re-immunization with pneumococcal vaccines is done at this time. If the response to vaccination is adequate, Ig therapy may be discontinued and the patient observed. It is reasonable to reevaluate antibody levels periodically to document retention of protective antibody levels. If the diagnosis of SAD is made in teenagers or adults, resolution of the deficiency is less likely.

The outlook for patients with SAD is generally good. Many children appear to outgrow their deficiency as they get older, usually by age 6. For those patients for whom the deficiency persists, the use of antibiotics and, in certain circumstances, the use of Ig therapy may prevent serious infections and the development of impaired lung function, hearing loss or injury to other organ systems. 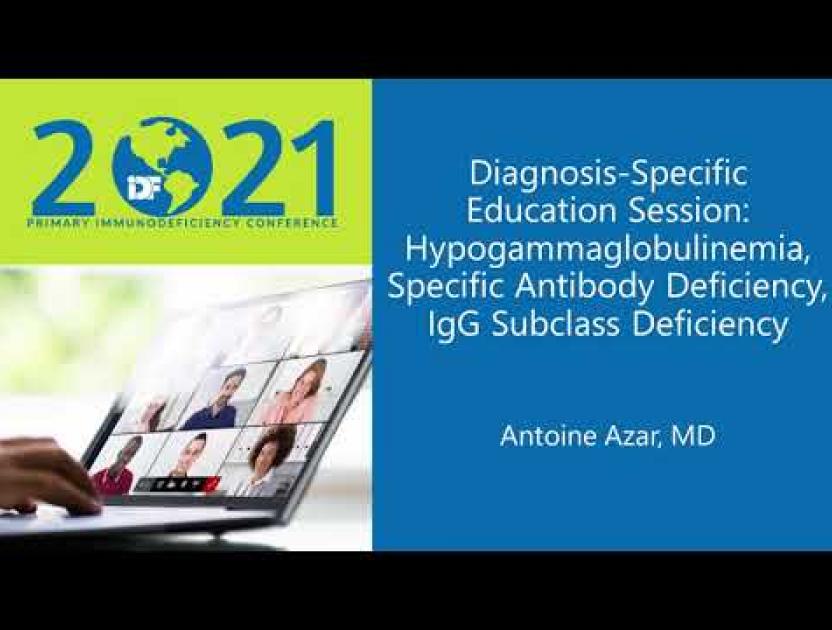 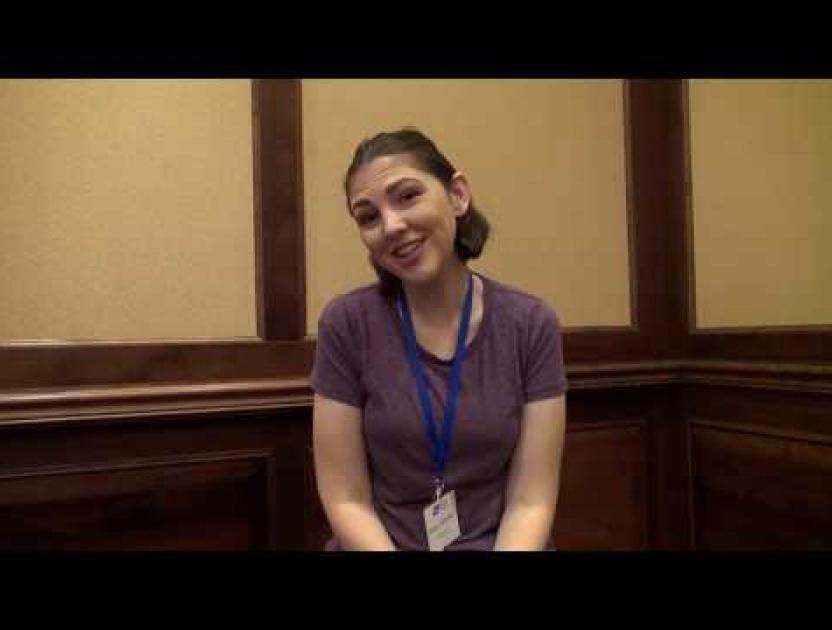 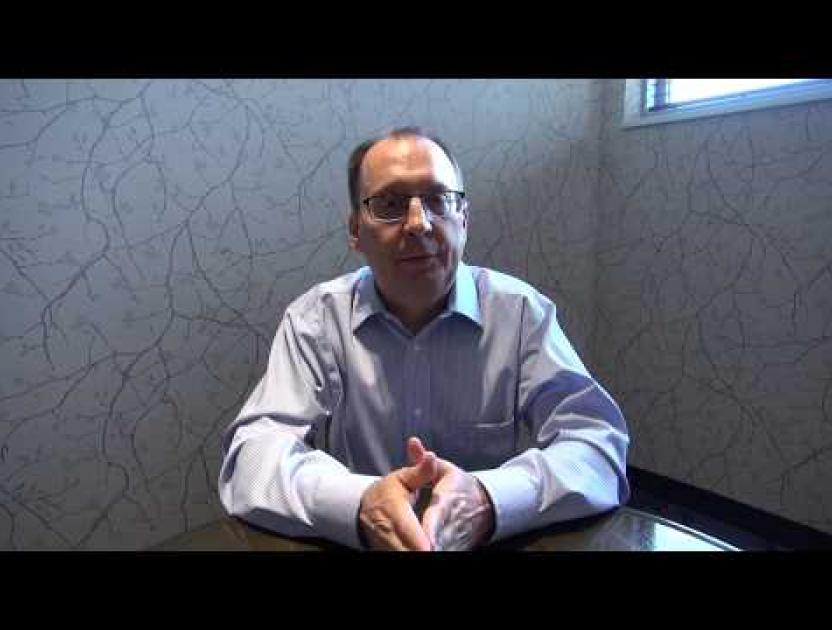 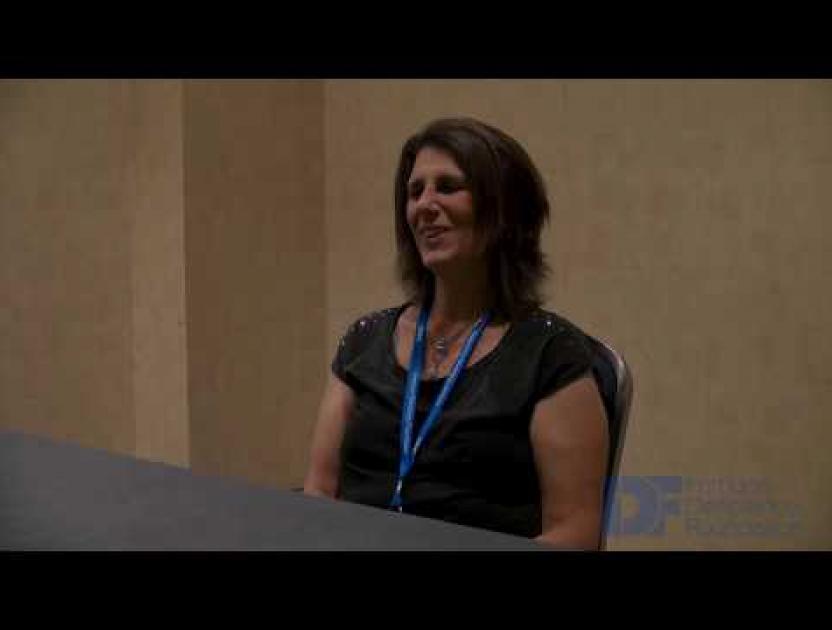