IDF understands the challenges when facing a rare diagnosis, such as WHIM Syndrome. From locating physicians to providing emotional support, IDF offers programs, services and resources to help you better cope with your diagnosis.

WHIM syndrome is a rare congenital immune deficiency, characterized by Warts, Hypogammaglobulinemia, Infections, and Myelokathexis—that form the acronym of its name. Individuals with WHIM syndrome are more susceptible to potentially life-threatening bacterial infections. To a lesser degree, they are also predisposed to viral infections. Affected individuals are particularly susceptible to human papillomavirus (HPV), which can cause skin and genital warts and can potentially lead to cancer. Patients with WHIM syndrome also have extremely low levels of certain white blood cells called neutrophils, which play a role in helping the body fight off infection, especially bacterial and fungal infections.

Most individuals with WHIM syndrome in fact are first misdiagnosed with common variable immune deficiency (CVID), a more prevalent form of immune deficiency or a more common type of neutropenia. WHIM syndrome is an extremely rare disorder and its exact prevalence or incidence in the general population is unknown, although it has been estimated at about 0.2 per million live births. Approximately 60 cases have been reported in the medical literature. It can affect both boys and girls in equal number and onset usually occurs in infancy or early childhood.

The symptoms of WHIM syndrome can vary greatly from one person to another. Some may only have mild symptoms; others may develop potentially life-threatening complications. Because of the small number of identified cases, the lack of large clinical studies, and the possibility of other genes influencing the disease outcome, health care providers cannot develop an accurate picture of associated symptoms and prognosis.

The mutation that causes WHIM syndrome is inherited as an autosomal dominant trait, whereby only a single copy of an abnormal gene is necessary for the disease to appear. The abnormal gene can be inherited from either parent, or can be the result of a new mutation in the affected individual. The risk of passing the abnormal gene from affected parent to child is 50 percent for each pregnancy regardless of the sex of the resulting child.

In most cases, WHIM syndrome is caused by mutations in the gene that creates the CXCR4 chemokine receptor. These mutations are called gain-of-function mutations as they lead to increased activity. The CXCR4 protein regulates the movement of leukocytes, or white blood cells. In WHIM syndrome, the increased activity of the CXCR4 chemokine receptor prevents the release of mature neutrophils from the bone marrow.

Some individuals with the characteristic symptoms of WHIM syndrome do not have a detectable mutation in the CXCR4 gene, and their disorder may have other genetic causes.

Individuals with a history of recurrent bacterial infections, neutropenia, and recalcitrant warts should be tested for WHIM syndrome.  Another common laboratory finding is that both neutrophils and lymphocytes are low.

Generally, symptoms first appear in early childhood when most children with WHIM syndrome experience repeated bacterial infections that can be mild or severe, but usually respond promptly to antibiotic therapy. The number and frequency of infections can vary greatly from one child to another. Common infections include recurrent middle ear infections (otitis media), infection of the skin and underlying tissue (cellulitis, impetigo, folliculitis, and abscess), bacterial pneumonia, sinusitis, painful infections of the joints (septic arthritis), dental cavities, and infection of the gums (periodontitis). Bone infection (osteomyelitis), urinary tract infections, and infection of the membranes covering the brain (meningitis) have also been reported.

Chronic infections can potentially cause additional symptoms. For example, some individuals who experience repeated ear infections may experience hearing loss. Repeated episodes of pneumonia may eventually lead to bronchiecstatis, the widening of the lung’s airway tubes. Bronchiecstasis can lead to repeated lung infections and potentially serious complications.

Patients with WHIM syndrome may develop warts due to infection with HPV, a virus that only infects humans and has more than 150 related types. Warts usually develop during the teen years, but can be seen in early childhood. Warts may be widespread and affect the hands, feet, face, and trunk and often recur despite treatment. Mucosal, oral, and genital warts may develop and are associated with an increased risk of cancer. HPV-associated warts frequently recur after surgery or other conventional therapy. Regular monitoring to promptly detect and surgically remove any HPV lesions that appear pre-malignant or malignant is recommended.

A complete blood count will show low levels of neutrophils, or neutropenia, a variable degree of lymphopenia, and normal to low hemoglobin and platelet levels. Initial workups can also reveal hypogammaglobulinemia.

If WHIM syndrome is suspected based on initial tests, the surgical removal and microscopic examination of bone marrow tissue (bone marrow biopsy) may be performed. If this biopsy confirms myelokathexis, this is strongly suggestive of WHIM syndrome.

Prompt diagnosis and early aggressive treatment of infections is important to reduce the frequency of chronic bacterial infections. Not all patients require chronic therapy.

The use of immunoglobulin replacement therapy has been successful in reducing infections in patients with WHIM syndrome. Immunoglobulin therapy, whether administered intravenously (IVIG) or subcutaneously (SCIG), can treat hypogammaglobulinemia and help reduce the frequency of recurrent bacterial infections.

Vaccinations against HPV should be strongly considered in patients with WHIM syndrome given the established safety of the vaccine and the severity of HPV infections in these patients. Periodic revaccination may be necessary, because the underlying immune defects associated with the disorder may lessen the effectiveness of such protection.

Bone marrow transplants (BMT) in which blood stem cells from another person (called an allogenic donor) may be effective but there are no studies specifically for WHIM syndrome. A hematopoietic stem cell transplantation using a matched umbilical cord blood donation, was performed in one patient. The patient had a complete resolution of all clinical symptoms without further need for immunoglobulin or G-CSF therapy.

There is currently an open study on a drug called Mavorixafor for the treatment of WHIM. Learn more at https://clinicaltrials.gov/ct2/show/NCT03995108. 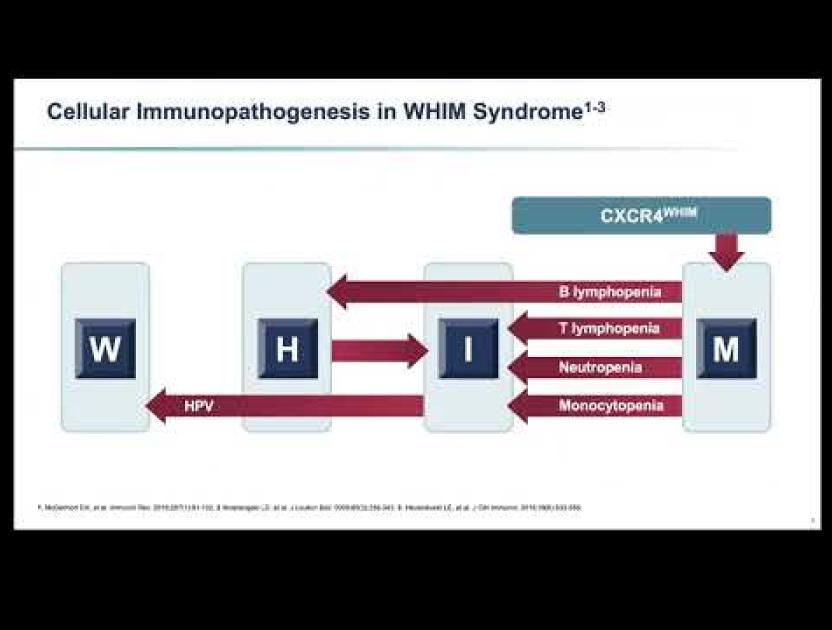 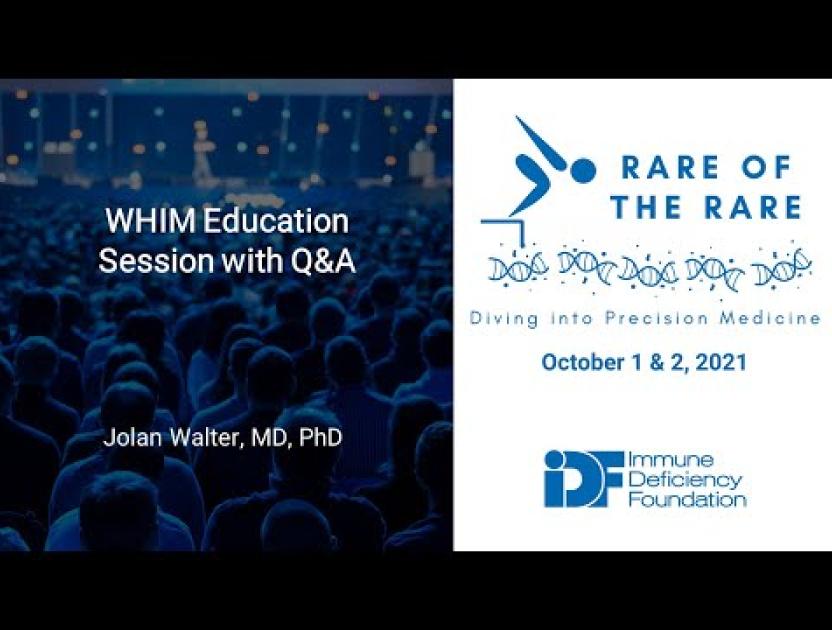 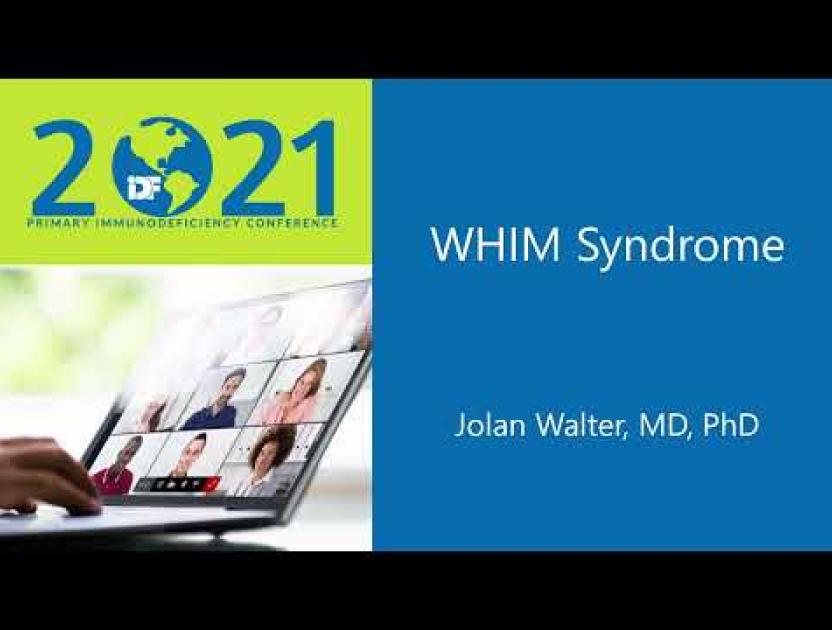 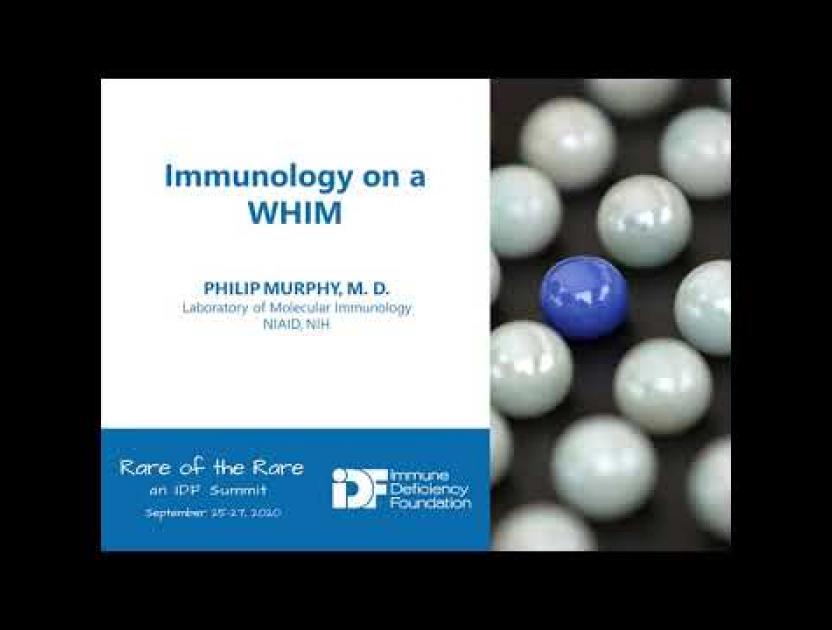 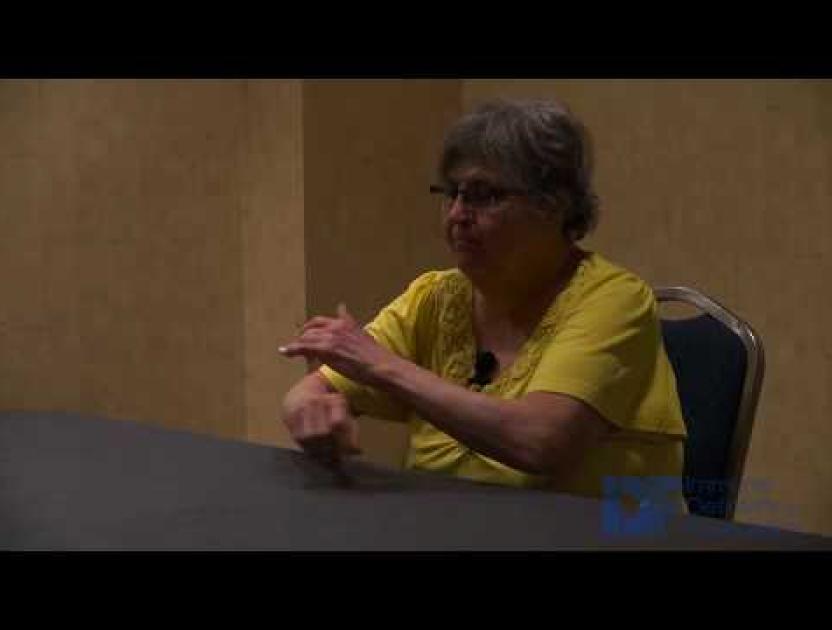