When clinicians want to perform genetic testing for their patients who have inborn errors of immunity (IEI), also called primary immunodeficiencies (PI), they sometimes have questions about which type of genetic test to order, said Dr. Roshini Abraham. 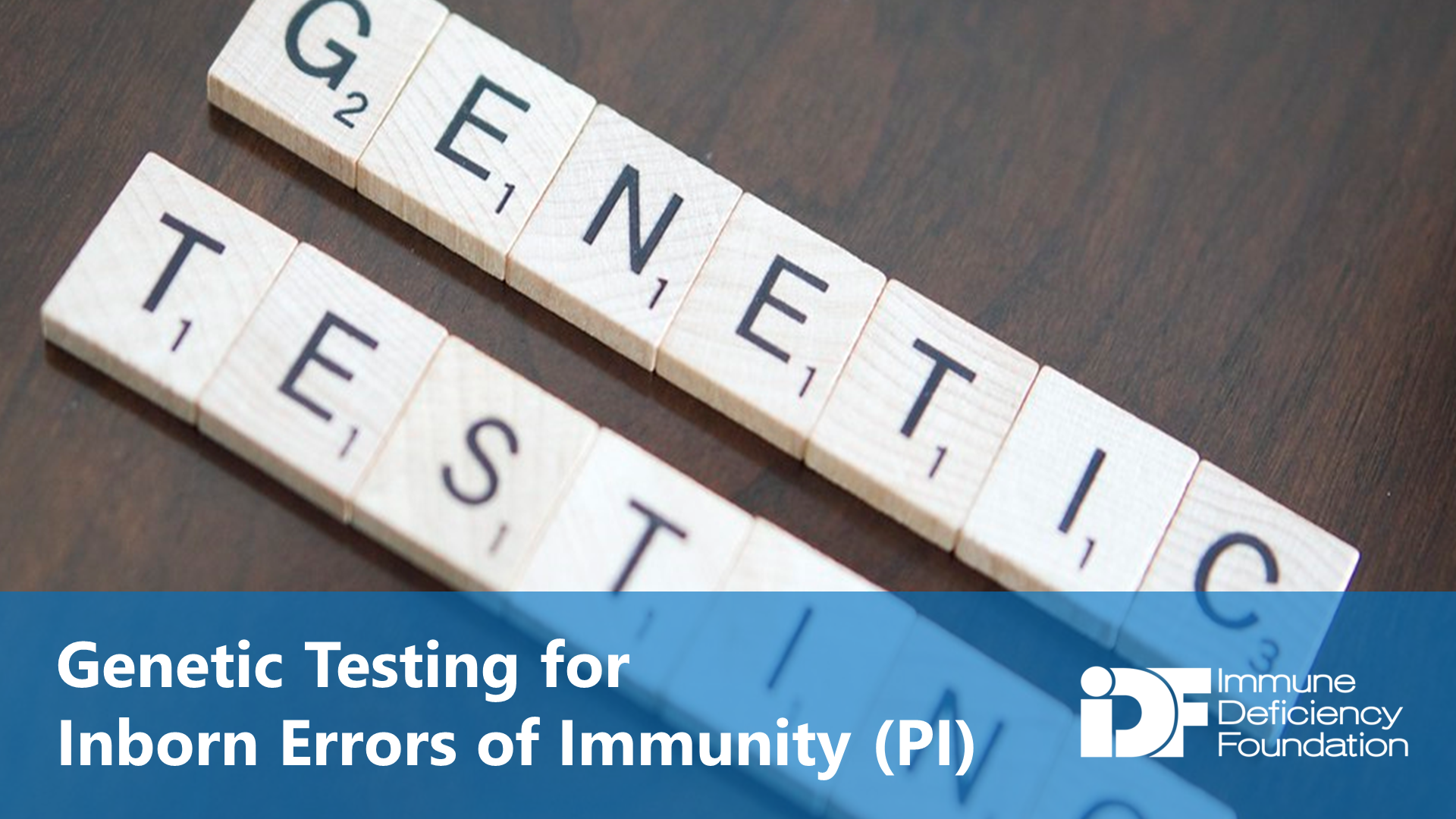 In answer to their queries, Dr. Abraham provides material explaining the genetic tests available and describing the circumstances under which they should be used. The information is useful for providers – and patients, she said.

“There are insurance issues, but also practical issues of data analysis. So we have to choose which patient would benefit from which approach judiciously,” said Dr. Abraham.

Associate Chief of Academic Affairs and Founding Director of the Diagnostic Immunology Laboratory in the Department of Pathology and Laboratory Medicine at Nationwide Children’s Hospital in Columbus, Ohio, Dr. Abraham served as the presenter for the recent IDF Forum, “Genetic Testing for the Inborn Errors of Immunity (PIs).”

In her presentation, she explained:

The DNA sequence of a gene can be altered in many different ways, said Dr. Abraham, and gene variants have varying effects on health, depending on where they occur and whether they alter the structure and/or function of the essential proteins they encode.

“When we do genetic testing, we look at this sort of thing. What type of variant does a patient have, and has it been previously described? What is its functional impact and other relevant questions? Because the answers to these can help us understand the significance of that variant,” said Dr. Abraham.

Inheritance patterns of primary immunodeficiency should also be considered.

“When we do genetic testing, we have to keep many things in mind, not just the variants in the genes but how they are passed down from one generation to another generation,” said Dr. Abraham.

In some cases, pathogenic variants may arise spontaneously in an individual’s genetic composition. In other cases, not all individuals carrying a disease-causing variant develop the disease, called incomplete penetrance. In other cases, there may be a lot of clinical phenotypic variability in the disease, variable expressivity. All of these add layers of complexity to the interpretation of genetic data, she said.

The three main types of genetic tests are:

“Some of you have been to the doctor and heard about these types of tests and the term ‘next generation sequencing’ or ‘NGS’ or ‘Next-Gen Sequencing’ – think of NextGen as an umbrella with all of these different approaches nestled under it,” said Dr. Abraham.

The following is Dr. Abraham’s methods outlining how best to determine the correct genetic test for a patient:

Doctors need to know the pros and cons of each method and the utility of other ancillary genetic tests, for example, chromosomal microarrays.

It is also helpful for a physician to work with individuals who are familiar with the genes being assessed for the inborn errors of immunity and would be able to provide more accurate guidance on the best test to select in different contexts.

Why is making a genetic diagnosis in PI important?

“It offers many advantages besides providing a definitive diagnosis. It can assist in the selection of targeted therapies, family counseling, and discussing outcomes, among other things,” said Dr. Abraham.

Testing can also help predict the severity of disease and heritable risk, allow for greater personalization of therapy and management, and improve outcome and survival.

“When we understand what the genetic disorder is and how it’s affecting the immune system, it can be targeted in a more evidence-based manner,” said Dr. Abraham.

“Yes, immunoglobulin replacement (IgG therapy), stem cell transplant and gene therapy, antibiotics, etc., are all part of the PI therapeutic arsenal, to be utilized based on the individual patient’s needs. But, the therapeutic repertoire can be significantly expanded with other drugs if we know the molecular targets or pathways that are aberrant, which can be achieved in some cases through genetic testing.”

Genetic testing may not always yield an answer. It may be that the gene is not yet known, the disease is not caused by a single gene defect, the testing method selected is not appropriate, or the data analysis is incomplete or incorrect, said Dr. Abraham.

Finally, if genetic testing is pursued, it’s crucial to make sure that the testing takes place at a lab with high standards and that the provider has knowledge of PI for accurate interpretation of results, and/or has access to colleagues who can assist in interpretation, and with additional studies to obtain an accurate genetic diagnosis.

“The physician has to have some knowledge of these genes and diseases to be able to accurately interpret the genetic data in the context of the individual patient,” said Dr. Abraham.