Why Antimicrobial Resistance Matters for the Immunocompromised

Home / News / Why Antimicrobial Resistance Matters for the Immunocompromised

Why Antimicrobial Resistance Matters for the Immunocompromised

What happens when drugs that help treat infectious diseases stop working? While a return to the pre-antibiotic era of medicine would be unfortunate for the general public, it could be catastrophic for those with compromised immune systems.

Many antimicrobials are actually natural compounds that microorganisms have used against each other for millions of years in their fight for limited resources. For example, Penicillium molds make penicillin to kill off bacterial competitors; Alexander Flemming just happened to see this in action when mold took over one of his experiments.

But now, antimicrobials are increasingly failing to treat infections. For the past three years, antimicrobial resistance, or the ability of microorganisms to survive antimicrobial treatment, consistently made the World Health Organization (WHO)’s list of top 10 global health threats. The U.S. Centers for Disease Control and Prevention (CDC) estimates that 2.8 million antibiotic-resistant infections occur in the U.S. each year, resulting in 35,000 deaths. 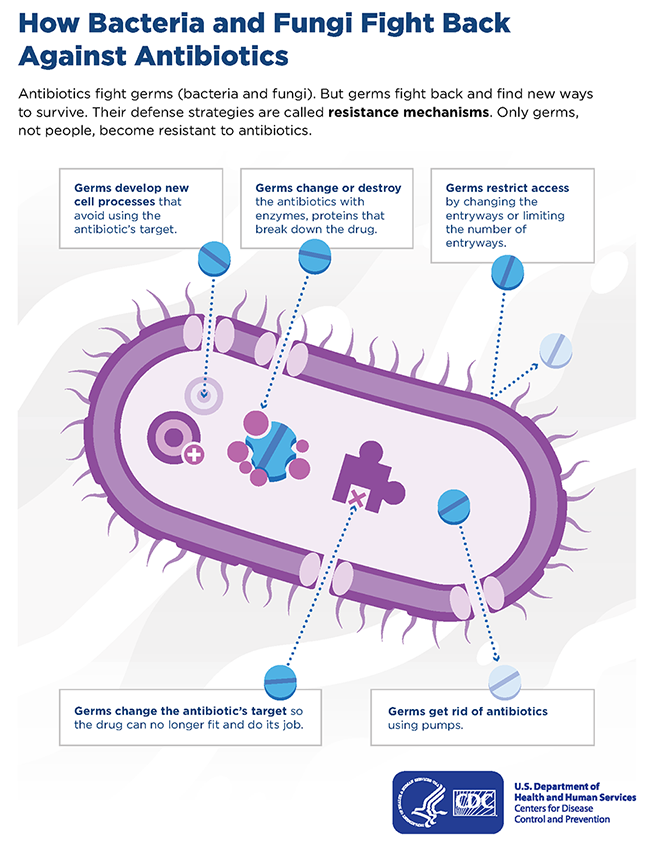 When someone has an infection that is resistant to antimicrobials, it is the microorganisms themselves that ‘resist’ the drug, not the patient’s body. Typically, resistant microorganisms have either acquired a new gene that helps neutralize the antimicrobial or adapted their own set of genes over many, many generations. The problem is that the time between microbial generations can be as short as 20 minutes.

It’s not surprising then that scientists often identify microorganisms with resistance to a given antimicrobial within a few years of widespread use of the drug. Some microorganisms, like certain strains of the bacteria that cause tuberculosis, have even become resistant to multiple drugs. The nightmare scenario (and focus of many ‘superbug’ media stories) is the spread of a microorganism that is resistant to all antimicrobials currently available to treat it.

People with primary immunodeficiencies, as well as others who are immunocompromised, are particularly at risk of acquiring antimicrobial-resistant infections. Many rely on the prophylactic use of antimicrobials to prevent infection. Not only may these drugs become less effective as preventative measures, but there is already evidence that resulting infections are harder to treat.

The WHO and the U.S. CDC have action plans in place to curb the spread of antimicrobial resistance at the national and international levels, but individual actions can help too. Take antimicrobials only as they are prescribed to you, and take other steps to prevent infection, like washing your hands well and keeping your pets healthy.