Selective IgA Deficiency is defined as a primary immunodeficiency characterized by an undetectable level of immunoglobulin A (IgA) in the blood and secretions but no other immunoglobulin deficiencies.

There are five types (classes) of immunoglobulins or antibodies in the blood: IgG, IgA, IgM, IgD and IgE. IgG is present in the largest amount, followed by IgM and IgA. IgD is much lower, and IgE is present in only minute amounts. IgM and IgG mainly protect us from infections inside our body tissues, organs and blood. While IgA is present in the blood, most of the IgA in the body is in the secretions of the mucosal surfaces, including tears, saliva, colostrum, genital, respiratory and gastrointestinal secretions.

Secretory IgA has some differences compared to the IgA present in the blood. Secretory IgA is made of two IgA antibody molecules joined together by a protein called the J chain (“J” for “joining”). (See chapter titled “The Immune System and Primary Immunodeficiency Diseases.”) In order for this unit to be secreted, it must also be attached to another protein called the secretory piece. Therefore, the final secretory IgA unit that protects the mucosal surfaces is actually composed of two IgA molecules joined by the J chain and attached to the secretory piece.

A common problem in Selective IgA Deficiency is susceptibility to infections. This is seen in about half of the patients with IgA deficiency that come to medical attention. Recurrent ear infections, sinusitis, bronchitis and pneumonia are the most common infections seen in patients with Selective IgA Deficiency. Some patients also have gastrointestinal infections and chronic diarrhea. The occurrence of these kinds of infections is easy to understand since IgA protects mucosal surfaces. These infections may become chronic. Furthermore, the infection may not completely clear with treatment, and patients may have to remain on antibiotics for longer than usual. Sometimes long-term antibiotic prophylaxis is needed to keep them free from infections.

The causes of Selective IgA Deficiency are unknown. It is likely that there are a variety of causes, and this explains why the symptoms or health problems may vary from individual to individual.

The diagnosis of Selective IgA Deficiency is usually suspected because of chronic or recurrent infections, autoimmune diseases, chronic diarrhea or some combination of these problems. Other patients are identified when immunoglobulins are ordered for some non-immunologic problem. The diagnosis is established when blood tests demonstrate undetectable levels of IgA (reported usually as < 5-7 mg/dL), with normal levels of the other major classes of immunoglobulins (IgG and IgM).

Occasionally, some patients with IgA deficiency may also have low levels of IgG2 and/or IgG4 and associated antibody deficiency. B-cell numbers and the numbers and functions of T-lymphocytes are normal. (See chapters titled “Specific Antibody Deficiency” and “IgG Subclass Deficiency.”)

Familial inheritance of Selective IgA Deficiency occurs in approximately 20% of cases and, within families, Selective IgA Deficiency, CVID and Transient Hypogammaglobulinemia of Infancy may be associated. If family members are suspected of having immune problems, immunoglobulin levels may be obtained to determine a familial pattern of disease.

It is not currently possible to replace IgA in patients with IgA deficiency, although research toward purification of human IgA is ongoing. However, it remains to be seen if replacement of IgA by any route (IV, oral or topical) will be beneficial for humans with IgA deficiency, in part because IgA in the serum, unlike IgG, does not remain in the circulation for very long.

Treatment of the complications associated with Selective IgA Deficiency should be directed toward the particular problem. For example, patients with chronic or recurrent infections need appropriate antibiotics. Ideally, antibiotic therapy should be targeted at the specific organism causing the infection. Unfortunately, it is not always possible to identify these organisms and their antibiotic sensitivities precisely, and the use of broad-spectrum antibiotics may be necessary.

Certain patients who have chronic sinusitis or chronic bronchitis may need to stay on long-term preventive antibiotic therapy (antibiotic prophylaxis). It is important that the doctor and the patient communicate closely so that appropriate decisions can be made regarding therapy.

As mentioned above, some patients with IgA deficiency also have IgG2 and/or IgG4 subclass deficiency and/or a deficiency of antibody production. However, these laboratory findings do not always predict a greater frequency or severity of infections. If a patient has many infections, poor vaccine antibody responses and fails other preventive treatment (for example, antibiotic prophylaxis) a trial of immunoglobulin replacement therapy may be considered. (See chapter titled “Immunoglobulin Therapy and Other Medical Therapies for Antibody Deficiencies.”)

Patients with Selective IgA Deficiency are often considered to be at increased risk of life-threatening allergic reactions, or anaphylaxis when they receive blood products, including intravenous immunoglobulin (IVIG), that contain some IgA. This is thought to be due to IgG (or possibly IgE) anti-IgA antibodies, which may be found in some IgA-deficient individuals. However, most patients with IgA deficiency do not have adverse reactions to blood products or IVIG.

There is no consensus among experts in this field regarding the exact magnitude of the risk of these types of reactions in patients with IgA deficiency, or the need for caution or measurement of anti-IgA antibodies before administration of blood or IVIG. However, these reactions are very rare overall. Furthermore, anaphylaxis has not been reported in patients with IgA deficiency receiving subcutaneous immunoglobulin infusions.

The most important aspect of therapy in IgA deficiency is close communication between the patient (and/or the patient’s family) and the physician so that problems can be recognized and treated as soon as they arise. 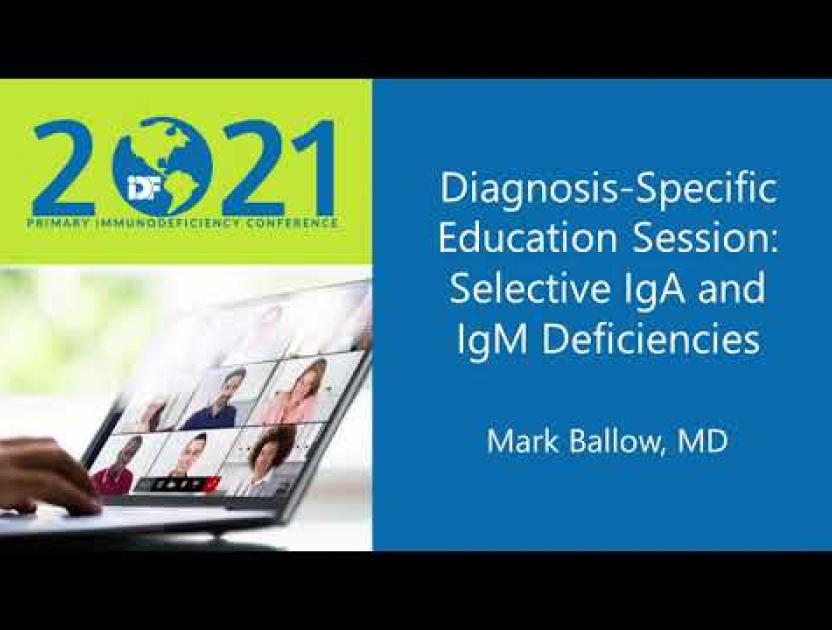 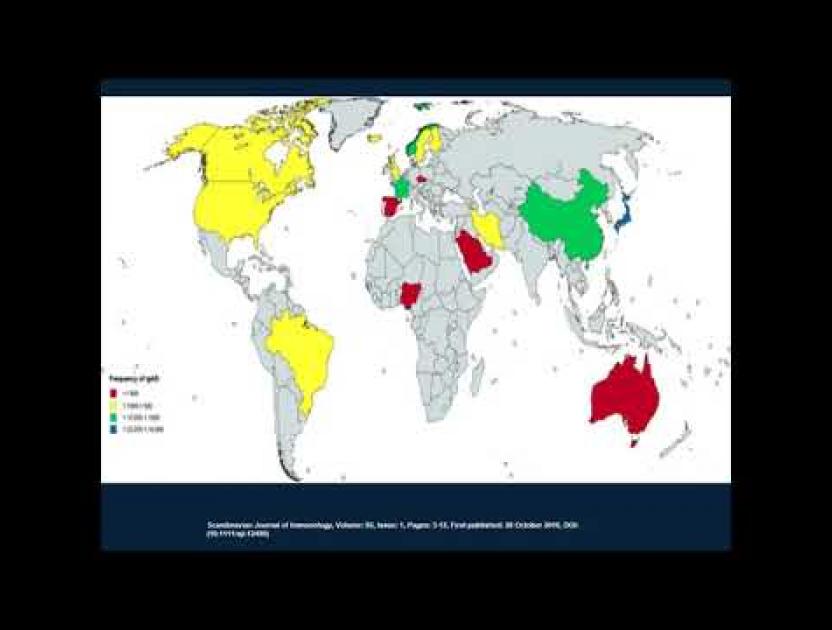 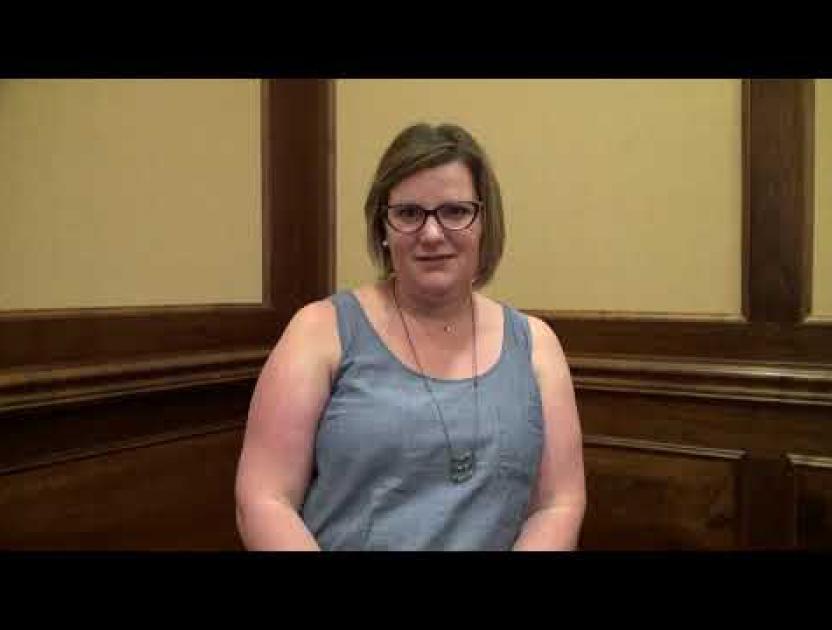 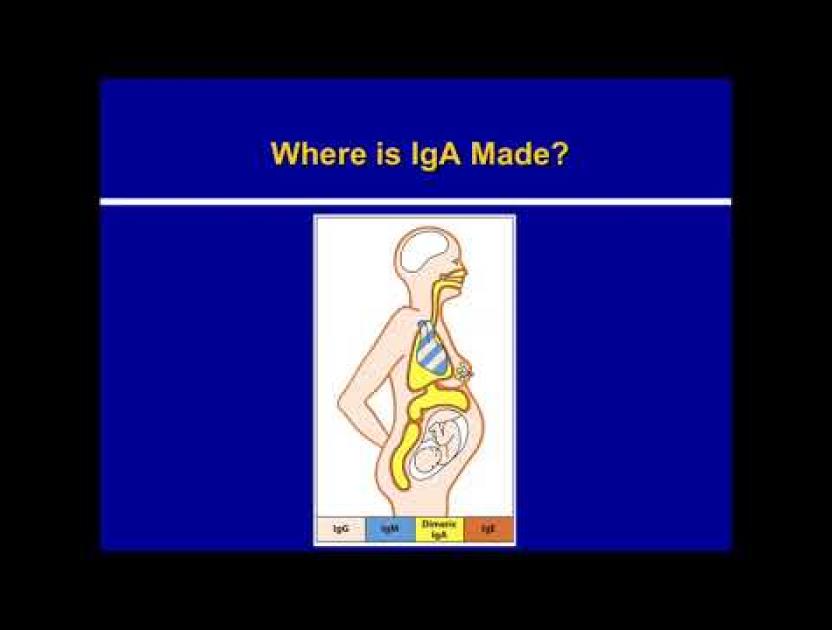 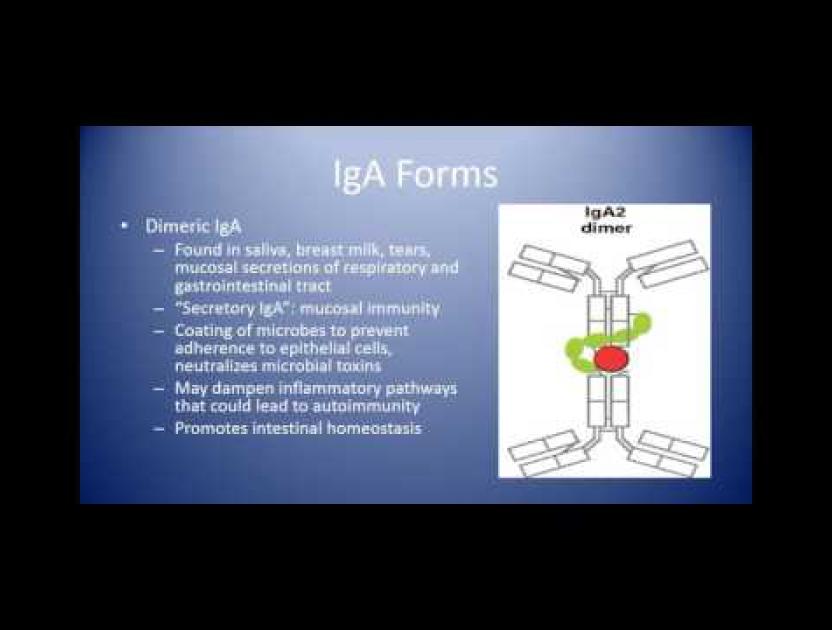