What is the second most prevalent chronic health problem in the U.S.? Sinusitis, which affects up to 30 million people annually and results in healthcare costs of $3.4 billion each year. 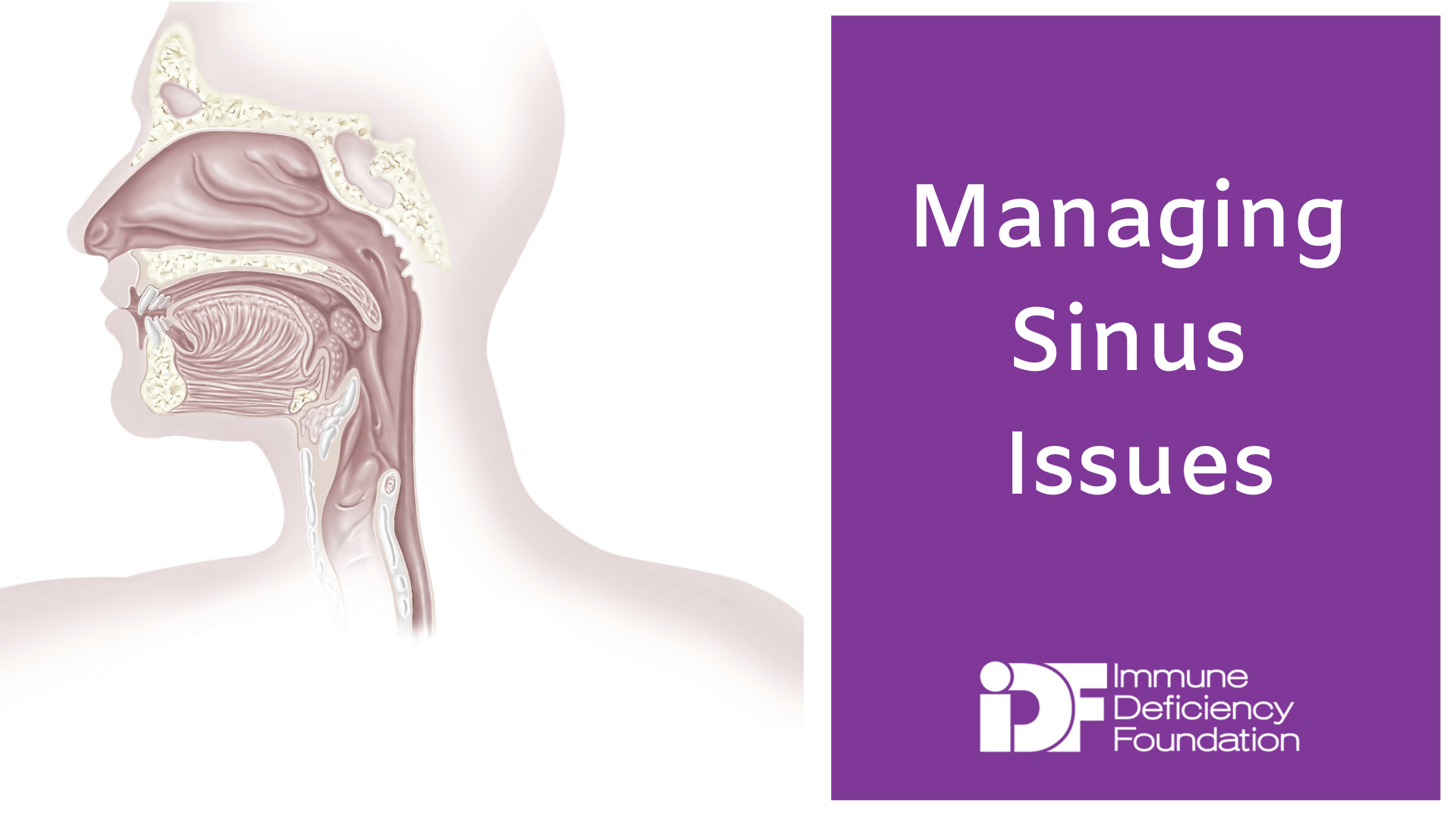 In his October 8 IDF Forum presentation, “Managing Sinus Issues,” Dr. Kleiner discussed the anatomy and functioning of the sinuses, symptoms, and diagnosis of sinusitis, predisposing factors to developing sinus trouble, and treatment strategies. Dr. Kleiner is an associate professor of clinical pediatrics and associate professor of surgery in the Department of Allergy and Immunology at the University of Miami Miller School of Medicine. He treats patients of all ages.

While some may think that sinusitis is an infection of the sinuses, explained Dr. Kleiner, it’s really an inflammation of the sinuses. Sinuses, which are four air-filled sacs near the nose and eyes lined with mucus membranes designed to trap viruses, bacteria, and foreign material for removal, can sometimes become inflamed. The resulting sinusitis causes changes in the mucus, which can be thick or thin, and sometimes cause pain in the face, and even the jaw. The sinus blockage occasionally results in infection.

“The immune deficiency itself is not the cause of sinusitis. Often it’s a cold, allergies, and triggers that people may not associate with aggravating the sinusitis. Obviously, if we treat the underlying immunodeficiency, it tends to get better,” said Dr. Kleiner, adding that sometimes doctors will increase the amount of gamma globulin products for those who have frequent sinus disease and they respond well.

Understanding the difference between a cold, allergies, and sinusitis is important for treatment. Colds initially present with a sore throat, fever, and body aches, and symptoms clear up after about five days. Allergies result in sneezing and runny nose and typically correlate with the seasons during which pollen is present. Sinusitis presents with pain around the forehead, eyes, and neck, along with post-nasal drip and low energy. Acute sinusitis lasts for about two weeks, whereas chronic sinusitis can last for months or years.

If you have sinusitis that is recurrent or chronic, seek allergy testing. Some ways to treat sinusitis symptoms due to allergies or infections include:

“Unfortunately, there’s no cure for sinus disease so we basically have to think out of the box and, as in everything in medicine, certain people respond better to different therapies, so we have to find the recipe that works for you,” said Dr. Kleiner.

Those with chronic sinusitis may want to consider surgery, though in most academic centers sinus surgery is reserved only for cases in which conservative management, such as antibiotics and allergy treatments, has failed. The classic sinus surgery is functional endoscopic sinus surgery in which the doctor uses a surgical tool inserted into the nostrils to clean out the sinuses. The procedure requires anesthesia but is out-patient.

Another type of sinus surgery is the Propel sinus stent in which a steroid implant is inserted into the sinuses and dissolves over time as it decreases inflammation. Another option is balloon sinuplasty, though its success is somewhat controversial, said Dr. Kleiner.

Dr. Kleiner said that sinus ventilation and drainage are sometimes more helpful than drugs. He offered up a list of other suggestions those who suffer from sinusitis can try:

Other options include alternative therapies such as probiotics (which should only be used under a doctor’s supervision), aromatherapy, reflexology, and acupuncture.