Mutations in genes of persons with chronic granulomatous disease (CGD) affect the person’s production of superoxide, which in turn dictates the severity of CGD symptoms, according to a review of CGD by Dr. Jennifer Leiding and Dr. Steven Holland for the National Institute of Health’s National Library of Medicine. 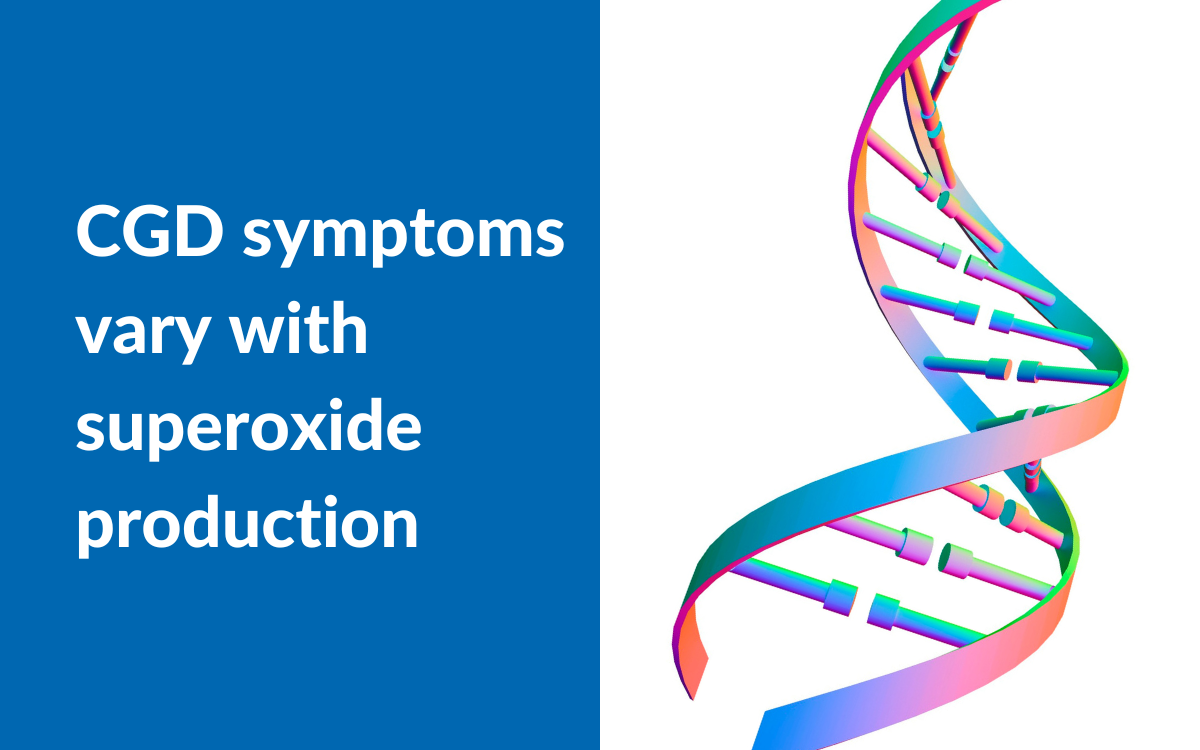 The six genes that can be involved in CGD are:

Each of these genes is responsible for the function of a different part of an enzyme that helps immune cells called phagocytes make superoxide. Superoxide kills certain bacteria and fungi.

CGD can be inherited through an X-linked or autosomal recessive pattern. Mutations in the CYBB gene cause X-linked CGD, which means a son inherits the condition from his mother if she is a carrier. X-linked CGD is the most prevalent type of CGD. Mutations in the CYBA, CYBC1, NCF1, NCF2, and NCF4 genes cause autosomal recessive types of CGD, which means a son or daughter inherits the condition from both parents if they are carriers. Carriers are also sometimes affected by the condition.

“Compared to persons with autosomal recessive CGD, males with X-linked CGD are typically diagnosed earlier and have… higher mortality at a young age.”

However, CGD characterized by residual superoxide production, found in autosomal recessive CGD, and a form of CGD called protein-positive X-linked CGD, “typically have a milder course and come to clinical attention later in life than those with absent protein expression,” according to the review.

In addition, the review states, “CYBC1 and NCF4 are notable for severe and difficult-to-control inflammatory bowel disease, with relatively less common severe infections.”

CGD is diagnosed through blood tests that measure the production of superoxide and other chemicals. Follow-up molecular genetic testing aids in identifying the gene responsible for CGD.

To prevent infection, those with CGD take prophylactic lifelong daily antibiotics and antifungals. Another prophylactic treatment is gamma interferon, which stimulates superoxide production, and requires injections three times a week. One study showed a 70 percent reduction in infections in gamma interferon recipients, and it has become part of the prophylactic regimen in most centers in the U.S., according to the review.

For those with more severe forms of CGD, a hematopoietic stem cell transplant (HSCT) is a treatment option. HSCT, also known as bone marrow transplant (BMT), uses stem cells from a donor to replace the stem cells in the recipient, providing a person with CGD with a functioning immune system.

Though HSCT used to be “reluctantly offered” because it led to higher levels of long-term illness and mortality, the use of lower and less toxic doses of chemotherapy to prepare recipients for the transplant has reduced toxicity and has allowed for a transplant even if the recipient has an active infection, according to the review.

“Recent reports show excellent overall survival and event-free survival, especially when HSCT is performed with matched donors and at a younger age,” according to the review. 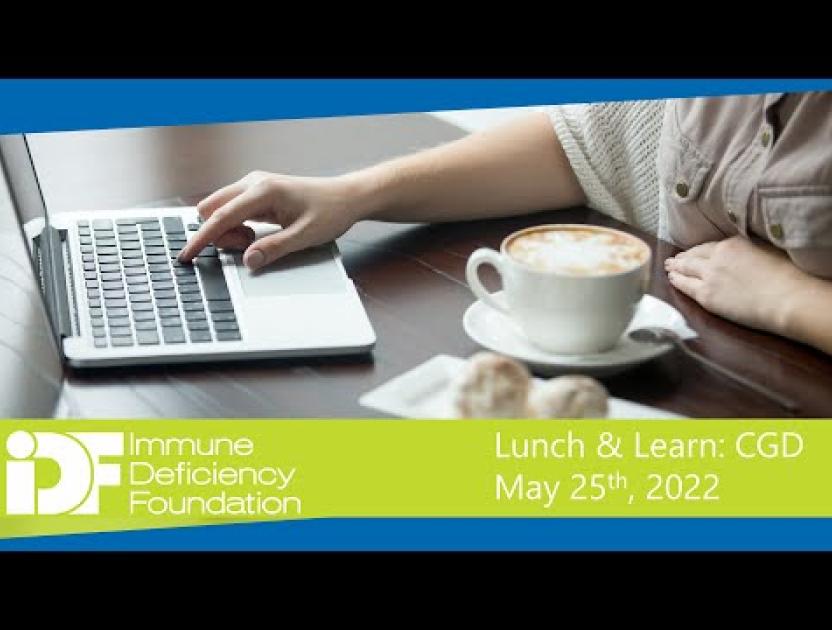